The Thriving Culinary Scene in Los Angeles, one of America's Most Exciting Food Destinations

The culinary world agrees: Los Angeles is one of the most exciting food cities in America right now. With the opening of ICE Los Angeles in the historic Playhouse District of Pasadena, California, we’re excited to hang our toque in the City of Angels. Between the delicious cuisine and the vibrant culture, not to mention year-round sunny weather, Los Angeles is the ideal second location for "America’s Best Culinary School." 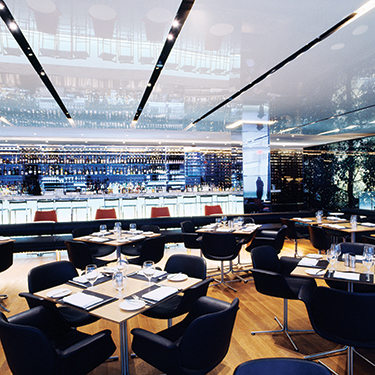 Los Angeles is known for its range of dining options. From Michelin-starred restaurants to delicious cheap eats, Los Angeles does it all, and does it well — really well. The food world has taken notice, too. In May 2017, The New York Times noted, “Los Angeles is once again showing the trait that has always been fundamental to its identity: relentless reinvention.” Bon Appétit, Tasting Table, Eater and Zagat share the sentiment. What makes L.A. so exciting as a destination for future chefs? As Jonathan Gold — the prolific, Pulitzer Prize-winning Los Angeles Times restaurant critic — told Food & Wine, “It’s a combination of things: the mosaic of cultures, that we are at the center of a vast agricultural region and the fact that L.A. is very friendly to entry-level culinary capitalism. You can open a place in a mini mall; you can start out with a truck like Roy Choi; you can stage pop-ups like Ludo Lefebvre did before opening Trois Mec.”

ICE President Rick Smilow, who has spent the past year exploring ICE’s second home, confirms that the “L.A. region has always had a rich and diverse heritage of cuisines, which everybody, regardless of their own ethnic background, is relishing. And because, from an East Coast perspective, Los Angeles is spread out and has freeways that take you past every neighborhood, those cuisines seem somewhat more accessible than in metro New York. All of this adds up to a more adventurous culinary environment, for both chefs and diners.” 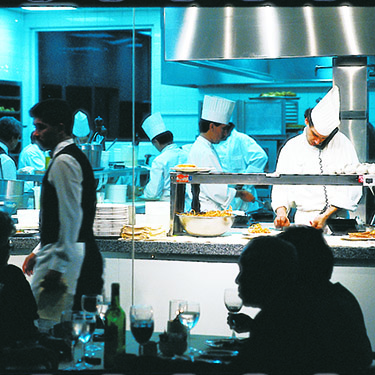 Food and hospitality leaders are thrilled that ICE will now be training the next generation of culinary and hospitality talent on both coasts. “I’ve been working with ICE students in New York for years and they are consistently among the best young chefs in my restaurants,” said Tom Colicchio, celebrated chef/restaurateur and head judge of the hit television series "Top Chef."

“I’m very much looking forward to having an institution like ICE produce the same level of talent for my L.A. and Las Vegas restaurants, and to what their next generation of culinary leaders will do for the west coast food scene.”

“I was excited to learn that the Institute of Culinary Education is expanding and opening its second location in Los Angeles," said prolific chef and restaurateur Wolfgang Puck. “It is the center of culinary greatness and having a school like ICE in the industry will show the country that Los Angeles is one of the major culinary cities.”

Susan Feniger, David Chang, Dominique Ansel, Jean-Georges Vongerichten and ICE — what do all of these names have in common? They’re all food industry leaders who have opened locations in Los Angeles. And many of our alumni have been running successful businesses or leading successful culinary careers in Los Angeles for some time now. Those alumni include Zoe Nathan (Culinary, ’01), chef-partner behind acclaimed eateries Huckleberry, Rustic Canyon, Sweet Rose Creamery and Milo & Olive; Meadow Ramsey (Pastry, ’02), pastry chef of the wildly popular Kismet; Vic Casanova (Culinary/Management, ’03), chef-owner of Gusto; and Nicholas Jacobs (Pastry/Management, '09), a Los Angeles native who became general manager of STK at The Ritz-Carlton Doha, and was previously general manager of Food & Beverage at the W Los Angeles.

In addition to offering students a newly updated space for learning and innovation, the city of Los Angeles will also be our extended classroom. ICE students have access to Los Angeles’ vibrant food scene: from high-end restaurants and incredible food trucks to local farmers’ markets and health-focused cafés. What’s more, our externship program, one of the finest in the nation, will connect ICE students with the local sites that match their career goals.

"When I visited ICE in New York, I was so impressed with the school's facilities and culinary programs. I know our LA chefs and restaurateurs are looking forward to having a premier culinary school for aspiring chefs and having a resource for recruiting talent close to home. It's a great time to be cooking in LA — there is so much opportunity for those who want a career in the culinary field."