The Institute of Culinary Education hosts more than 500 special events a year at our New York campus in Brookfield Place. The department’s lead chef-instructor, Philipp Hering, develops a new hands-on menu every season for these cooking parties, corporate gatherings, birthdays and anniversaries, and team-building exercises.

In summer, the special events kitchen experiments with imaginative and ambitious ideas that Chef Phil refines for the fall menu. “When something is a crowd favorite and people gravitate towards it, we use it on the next menu,” he says. “You have to think about the people coming in here and tone it down for a hands-on event.” 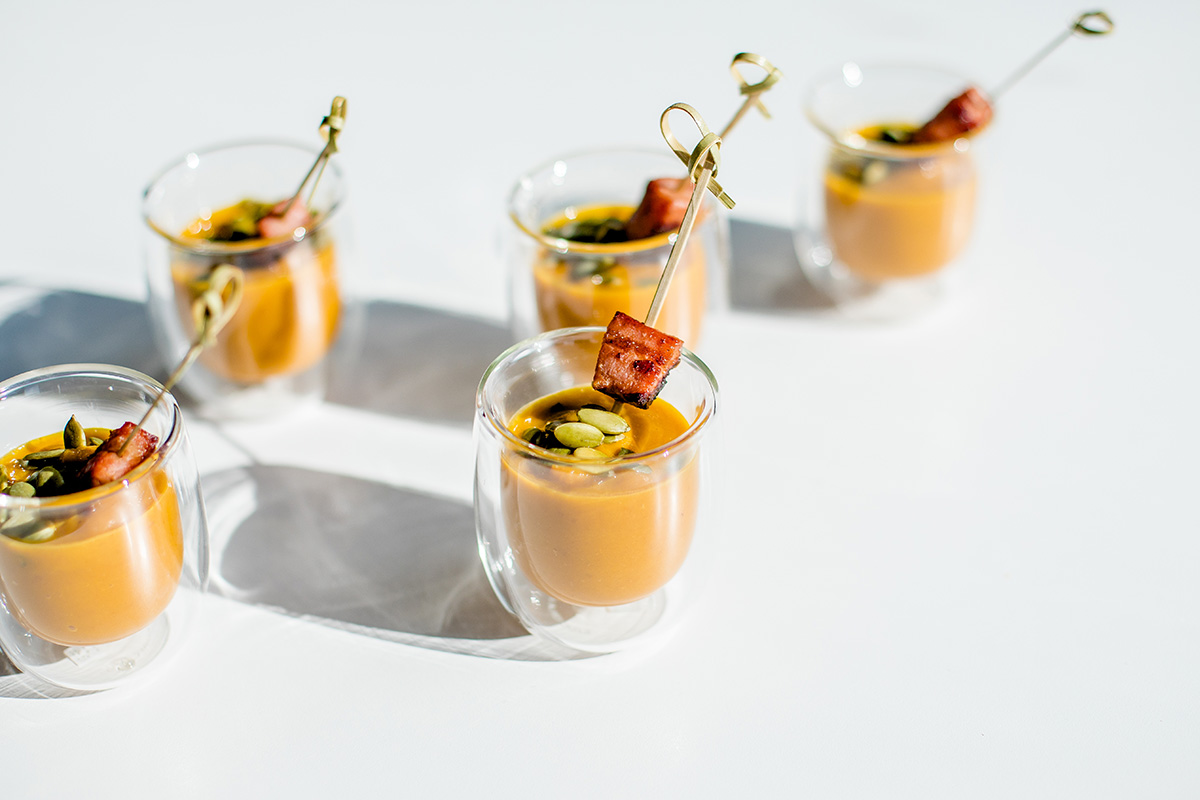 After all, part of the fun of events at ICE is participation. “I throw parties here,” says Chef Phil. “New York City has every kind of restaurant for a group, but here, you’re having fun making a dish. People think there’s pressure, but we do all the prep — you have a cocktail hour and the fun part of cooking.”

Here’s what Chef Phil’s excited about on the fall menu:

The perfect recipe to try at home is a pumpkin soup shot that’s part of the passed hors d’oeuvres selection. “The soup is very creamy, but surprisingly light,” says Chef Phil. “When you think of winter soups, you think heavy and filling, but it’s a light shot that gets a pancetta skewer for a little added saltiness.”

Inquire about booking your next event at ICE.

Five Ways to Enjoy a Tasty & Healthy End to Summer

Cool Off with this Pea and Avocado Soup