The Institute of Culinary Education commemorates more than 1,275 graduates entering the restaurant and hospitality industry at a time when owners and operators need an infusion of talent. 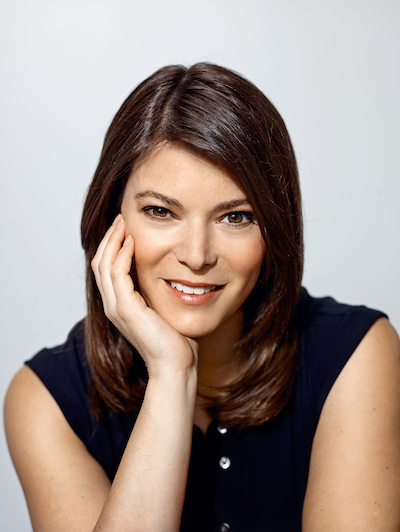 Gail addressed fellow alumni after 20 years in food media, from "Top Chef" to Food & Wine magazine and years organizing the annual festival, Food & Wine Classic in Aspen. "Food transcends borders and has the power to heal," she said. "Restaurants are the embodiment of this message and becoming one of us means shouldering that responsibility, as well as reaping the rewards of a life of purpose."

Matt found his purpose owning and operating Emily Pizza, which has expanded to include sister concept Emmy Squared which spans more than a dozen locations in seven cities. "New leaders are ready to take over an industry that so desperately needs new blood," he said. "A fresh start is not only required but also exciting. This is the beginning of the renaissance for restaurants. New culture, new ideas, new cuisines, and most importantly, new leaders like yourselves."

California Culinary Arts graduate Gabriella thanked the instructors and classmates whose gifts made a positive impact on her before she moved to Healdsburg to work at three-Michelin-starred SingleThread Farms. "When hospitality is given and hospitality returned, it fosters a bond that comforts, inspires, feeds and fulfills," she said. "In short: It unites us."

ICE Chairman and CEO Rick Smilow united the two ceremonies with words of wisdom for both campuses, bookended by well wishes from faculty and staff, including New York master of ceremonies and dean of students Lorne Feldman and Los Angeles Campus President Lachlan Sands. Graduates' photos appeared alongside their names as they were read, and we celebrated with many alumni of our Culinary Arts, Pastry & Baking Arts, Health-Supportive Culinary Arts, Restaurant & Culinary Management, and Hospitality & Hotel Management programs on social media throughout the weekend.

Congratulations to the future of the food industry. Follow in their footsteps to find your culinary voice at ICE in New York or Los Angeles.