If cheese is milk's attempt at immortality, the same can be said for charcuterie and meat.

The term “charcuterie” comes from the French term chair cuit, which literally translates to “cooked flesh,” and is a means of preserving meat, developed long before the introduction of refrigeration. What used to be a term many struggled to pronounce, much less understand, has now become a bit of a social media darling, with composed charcuterie and charcuterie-adjacent boards such as cheese plates, dessert charcuterie and “char-fruit-erie” taking center stage in our food media feeds. (I suppose we can’t help it; the word charcuterie literally contains the word “cute.”)

In light of this, the time has come for a "Charcuterie 101" lesson to delineate what does and does not actually constitute charcuterie. (Spoiler alert: cheese, dessert and fruit do not.) To this end, ICE Lead Chef and Operations Manager Joshua Resnick takes us through some ins and outs of understanding this fascinating culinary category. 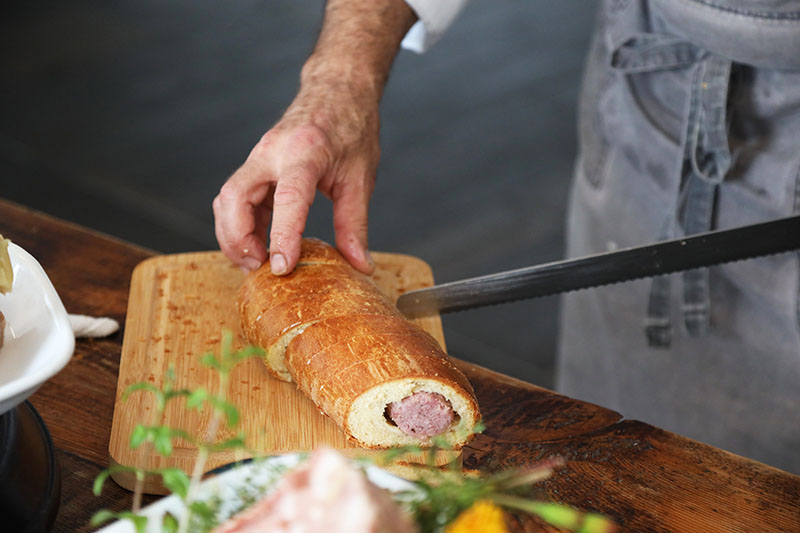 Actual charcuterie — that is, the preservation of meat through various culinary methods — is an important part of the culinary curriculum at the Institute of Culinary Education, not only from a technical angle, but also from historical and financial perspectives.

“Charcuterie came about primarily as a means for survival,” explains Chef Josh. “The drying of meat, curing, salting, brining…these were all done as necessary ways for people to make a food source that was extremely valuable to them and lasted for extended periods of time. Nowadays, it's been turned into an art form, but at its core, it's really one of the only things that students can do that relates back to that kind of original primal instinct, and I think it's different from the rest of the curriculum.”

During the charcuterie module, ICE students apply numerous methods toward the making of various products including everything from an elegant foie gras torchon to several kinds of sausages, including a traditional, emulsified sausage commonly known as a hot dog. (If you want to get your mind blown, look up a hot dog recipe for the spices that make hot dogs taste like hot dogs.)

These methods are not only important for chefs to have at their disposal for demonstrating culinary technique, but also for efficiently approaching the use of an entire animal, and for creating unique, housemade products that are quick to plate during busy services.

“I think it helps show off a cook’s skill in being able to work with whole animals,” says Chef Josh. “And from a financial standpoint, not throwing anything out because you’ll be able to find a use for it is extremely valuable. The larger the cut, the less per pound. So a whole pig is going to cost you a lot less than if you just buy the pork chops or the tenderloin individually.”

Charcuterie isn’t necessarily “cooked” in the traditional sense using heat, but rather various methods are employed that strip the meat of its natural water content and microbial activity and prevent or delay its otherwise inevitable decay. Some actual cooking methods may be employed, but the most common and important ways charcuterie is made don’t actually involve heat-based cooking.

“Curing, I think, is probably the most important process,” says Chef Josh, “which is when you apply salt, normally sugar and some type of seasoning to your product to dry out moisture, which makes the meat that you're working with less hospitable for bacteria. Being able to cure not only creates the preservation of the meat but it also can help impart flavor.”

Brining is also a common method for making charcuterie.

“With brining, obviously you're putting it in water,” says Chef Josh. “But at the same time you're getting salt and flavor into your meat,” he says, which also gives the meat preservative qualities after its time in the brine.

Air drying or dehydration is another method that can be used, often in conjunction with one or more methods here, which can both remove moisture from whatever meat you’re working with, as well as concentrate flavors and textures through the evaporation of water over time.

Read more: Why You Should Dry Age Steaks >

Whether a product is hot- or cold-smoked, “there’s also an antibacterial quality to smoke that also makes it valuable for preservation, which is the original reason it was used,” he says. “Not only does smoking help make food safer, it gives a flavor that you can’t really get from anything else.” 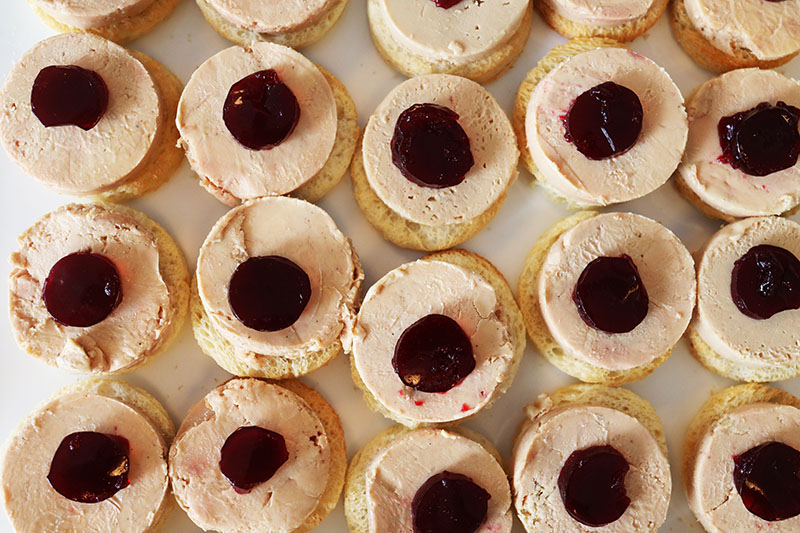 The most important thing to remember about charcuterie is that if it isn’t meat, then it’s not charcuterie, full stop. Other preserved or fermented products such as cheese, pickles and jams have similar, noble goals in their methodology, and certainly can have a place on a well-composed charcuterie board, but do not constitute charcuterie unto themselves.

Some of the most common charcuterie categories are:

Sausages, which can be made using many of the above methods. Sausages are probably what we most easily recognize as charcuterie, whether they are rustic in nature or emulsified, flavored, smoked, cured, dried or fresh. Any number of animals may be used to make different sausages, and various cultures have an endless array of sausages by varying names — chorizo, kielbasa, pepperoni, etc. — but they all represent different takes on forcemeats, where ground meat, fat and other elements are brought together, often in a casing.

“And then you have your whole muscle preparations,” says Chef Josh, “things like coppa, prosciutto, bacon and country ham, which is like the American version of prosciutto, which can also be smoked or not smoked, but at the end of the day, the muscle is being treated in a similar manner.”

Whole muscle preparations are just that: an un-ground segment of meat is treated to one or more of the above methods of preservation, and often served sliced.

Finally, there are preparations known as farces, which do commonly involve some low-heat cooking, are also made from forcemeats, and are served as spreads or molded applications such as in pâtes, terrines, roulades and galantines.

As for the rise in the use of the term “charcuterie,” whether accurate or not, Chef Josh thinks that it represents a positive trend toward people becoming more comfortable with it, and not thinking of charcuterie boards as something hoity-toity as they might have in the past, despite their rustic, humble beginnings.

“These kinds of buzzwords come into existence, and I think charcuterie has become one,” he says. “Now that people have become a little bit more familiar with what it is, I think that they're kind of taking it and running with it.”