Cheese is an important product for a chef to have in their arsenal, not only to cook with, but often to present as an elegant and exciting course unto itself without a tremendous amount of labor required.

I recall an early lesson on product recognition from my own ICE curriculum, which involved tasting a wide range of fresh and cultured dairy products, including a number of different styles of cheese. (Which was doubtlessly also an important early lesson in gastrointestinal fortitude.) Composing a course designed around a singular cheese, as in this Petit Basque course from ICE Chef Michael Laiskonis, or a comprehensive cheese plate with numerous selections, requires at least a basic understanding of cheese’s myriad textures and flavors, hence its inclusion in the fundamentals of a culinary education.

While many chefs do often work with cheese, they aren’t necessarily involved in the making of cheese, which can often make a deeper understanding of this fascinating category of food challenging. My own cheese education began at ICE and continued during my tenure as a fine dining captain at a Michelin-starred restaurant, which offered a tableside cheese cart as an optional course during a tasting menu. From there I not only ended up working as a cheese writer, but also as a Cheese Instructor at Murray’s in NYC, one of the largest retailers of artisanal cheeses in the U.S.

Related Read: How to Approach a Composed Cheese Course

To better understand the diversity of cheese, and to go beyond simple descriptors such as “hard” or “soft” in explaining cheese, it is important to understand how cheese is made. With just four ingredients — milk, salt, rennet and cultures — the entire world of cheese derives. It is the process of affinage, (literally, “refinement”) that takes baby wheels of bright, milky cheeses and transforms them through various controlled atmospheres and techniques, into the thousands of different cheeses that have existed throughout history and today. While the category of cheese can be intimidating given this wide range of selection, it can be easier to digest — at least figuratively — by examining five major cheese styles every chef should know. 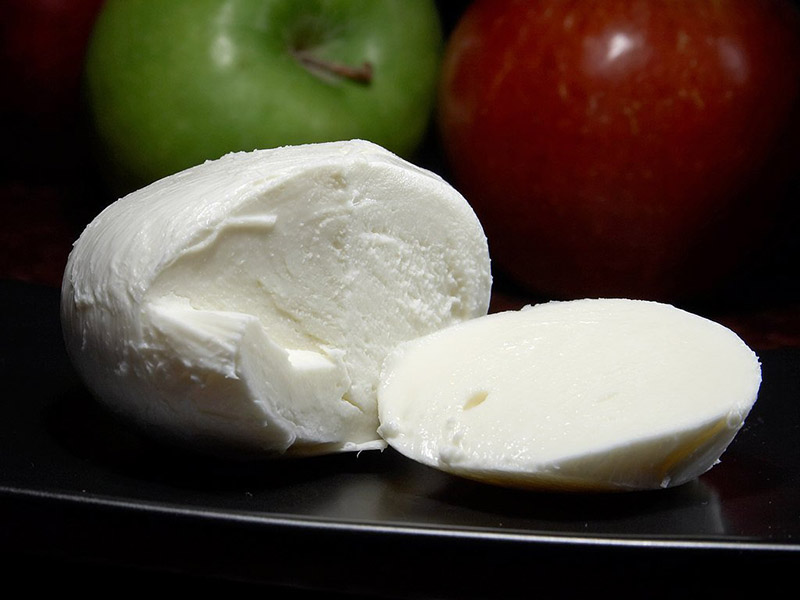 Fresh cheeses are those that don’t undergo any aging — hence their “freshness” — but whose flavors and textures can still vary widely depending on how they are made, and from what animal’s milk, whether cow, goat, sheep, or even water buffalo. Fresh cheeses include mozzarella and its derivatives (fior di latte, stracciatella, burrata, etc.), ricotta, chèvre, feta, queso fresco and jibneh, to name a few. In all of these cheeses, milk is heated, salted and coagulated. The resulting curds may then be heated again and stretched, as in mozzarella, pressed and brined, as in feta or simply drained of whey — the milky liquid leftover from cheesemaking — as in chèvre or ricotta.

Fresh cheeses, because they don’t undergo any major transformation other than coagulation, do not have rinds, and are the purest expressions of the milk that made them. Not only can you easily perceive the nuances in flavor between different animal milks, fresh cheeses also have the best ability to express seasonality and even terroir, in terms of what the animals might have been grazing on, with flavors such as grasses, florals or even alliums. 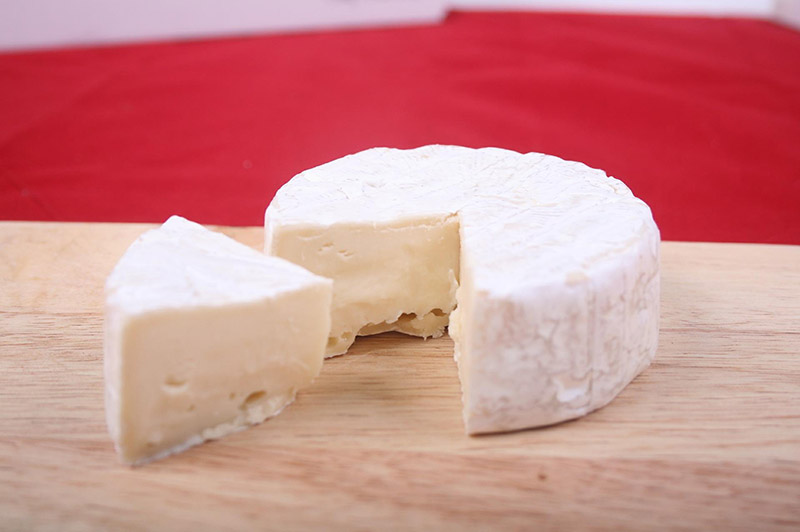 Bloomy rind, soft-ripened or mold-ripened cheeses, are those that are often recognized (and frankly, mislabeled), as “brie.” Brie is a style of bloomy rind cheese, to be sure, but isn’t a catch-all for the category. Brie is a good place to start, however, in terms of understanding what you’re looking at in a bloomy rind cheese, as it is the distinctive, white, outer mold that encases the creamy paste that does define the category.

To note, mold is an essential component of cheese, but shouldn’t be equated with mold that occurs due to spoilage, which derives from different organisms than those which are employed in cheesemaking. On the contrary, cheese developed as a method of preserving milk well beyond its usual shelf life. During the early stages of making cheese, salted milk is inoculated with one or more cultures, which help to determine what kind of cheese the milk will go on to be. The cultures will become certain kinds of molds that the affineur — one who ages cheeses — will encourage during the aging process through elements of temperature, humidity and technique.

Bloomy rind cheeses are those that utilize specific cultures, most notably penicillium camemberti, that create their signature white rinds. They are relatively young cheeses that typically see no more than a few weeks to a couple of months of aging, that ripen from the outside-in, often establishing a luscious layer between the outer white mold and the inner paste known as a creamline. Double crème or triple crème varieties add additional fat to the milk base for certain bloomy rind cheeses, resulting in rich textures that can border on butter. While many bloomy rind cheeses do have a similar appearance, flavor can vary widely from sweet and buttery, to earthy and vegetal. Brie and Camembert are two widely known cheeses within the category, but a few important, American-made, bloomy rind cheeses to know include Jasper Hill Harbison, Cowgirl Creamery Mt. Tam and Cypress Grove Humboldt Fog. (Just remember: bloomy, not brie.) 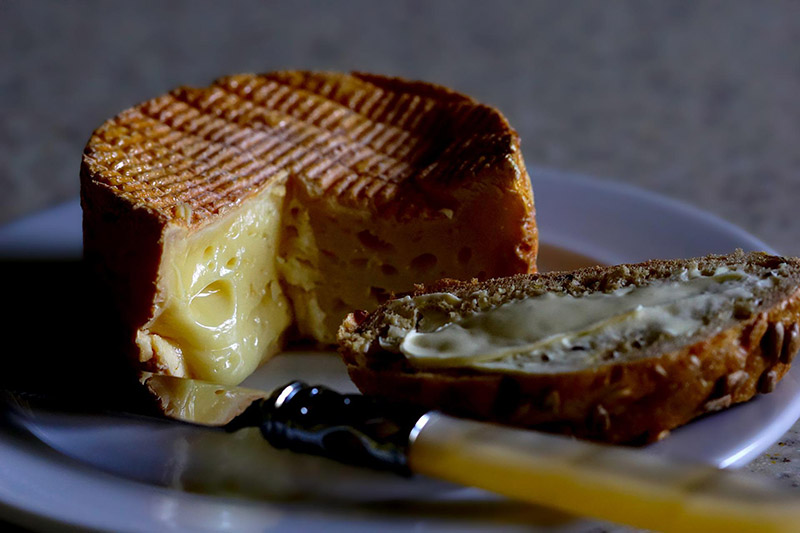 Contrary to their name, “clean” is not a word you would probably use to describe the flavor of washed rind cheeses, as they are among the most aromatic selections in the cheese world, and can often be identified by a sticky, orange-hued rind. Despite what could definitely be described as an unclean aroma, these types of cheese probably did develop due to what was an innocent mission to actually “cleanse” the cheese of undesirable mold. This cheese lore, as with a lot of fermented food history, begins in a monastery, where it is believed a well-intentioned monk decided to wipe down the wheels of cheese with a saline concoction and rag that had likely been used to clean the entire monastery. This introduced a rambunctious microbial environment to what was already a rowdy one with the cheese, giving rise to a different strain of bacteria altogether: brevibacterium linens, that which is responsible for the telltale, wafty aroma of a washed rind cheese.

Also as with many fermented food products, this turned out to be a happy accident. The sticky,  orange rind of the first washed rind cheese revealed an inner paste that was easier on the palate than on the nose, with desirable meaty, earthy and umami flavors. In modern cheesemaking, washed rind cheeses may have a wide variety of textures, and can also be washed not only with a basic saltwater brine, but also with that which includes beer, wine or spirits. A few classic washed rind cheeses to know are Époisses, Taleggio and Gruyère. Some contemporary cheeses of note within the category include Point Reyes Red Hawk, Consider Bardwell Dorset and Von Trapp Oma.

In all fairness, there are a huge number of cheeses within this style, and to summarize a dearth of them as simply “firm” or “aged” is grossly oversimplifying, as this is a category that could easily be broken down into a number of subcategories, including extremely important ones such as Cheddar and Alpine cheeses. For the purposes of keeping it simple, however, cheeses that are pressed during the early stages of cheesemaking, and that have some significant age behind them, can function in a similar way to each other in a cheese course, offering certain flavors and especially textures regardless of animal milk or country of origin.

Pressing is the process of extracting as much whey as possible from the curds of the cheese in its infancy, which will result in at least a semi-firm texture at any age, and cheeses that are considered aged will spend at least six months in a cheese cave or cellar. As cheese ages, it will start to lose even more moisture, with a paste that is sturdy, (and in some cases, crumbly,) and a more pronounced salt content than younger or creamier cheeses. Secondary flavors will start to develop in older cheeses as well as sugars start to concentrate with the loss of moisture, producing characteristics such as fruitiness or nuttiness in the cheese.  As proteins within the cheese break down, tyrosine crystals may also start to form, giving bits of crunch to cheeses that have an otherwise smooth paste.

Beyond extremely well-known, European cheeses that age well such as Manchego, Cheddar and Gouda, to name a mere few, domestic cheeses that can also fill in here include Upland Farms’ Pleasant Ridge Reserve, Springbrook Farm Tarentaise and Cabot Clothbound Cheddar. 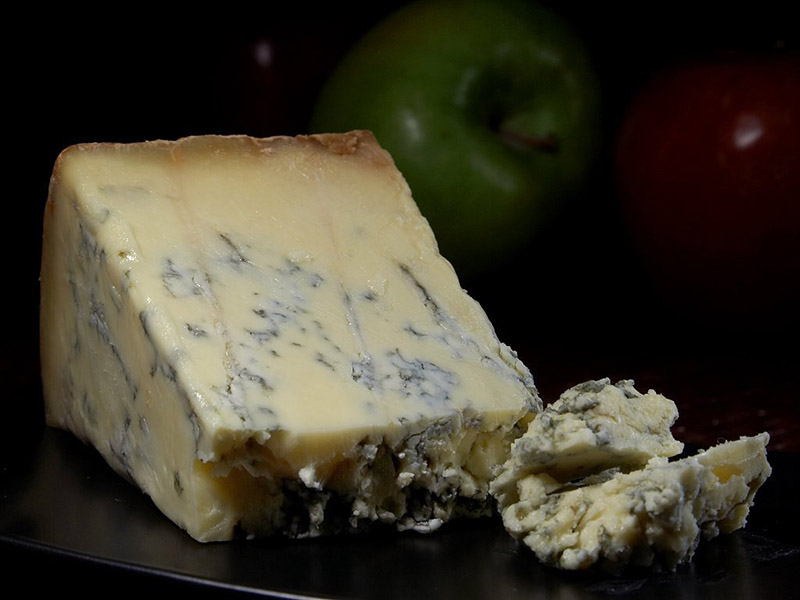 Blue cheese is probably the most easily recognizable, and most polarizing category of cheese, and for good reason, even though it is arguably less aromatic than washed rind cheese. Humans evolved to recognize certain substances that could cause us harm, including the blue mold that is associated with food spoilage. To intentionally eat a blue-colored mold then, as with that which exists in blue cheese, is to override several millennia of internal programming designed to protect us from harm. For those who love blue cheese — myself included — it is well worth the override.

The most important point about blue cheese is that its signature blue mold is not the same substance as spoilage mold. The milk for a blue-destined cheese is inoculated with certain strains of bacteria, most notably penicillium roqueforti (named for what is believed to be the first blue cheese), and then the wheels of cheese are pierced as they age, allowing oxygen into the center of the cheese to allow the blue mold to develop. The affineur can control how blue a blue cheese gets by controlling the size of the needles used to pierce the cheese, how deep to pierce and how concentrated the piercings. Not all blues have the same level of blue, or the same strength of flavor. Blue cheeses may also be made with a variety of animal milks, with or without rinds, and with varying finishes, that can emphasize either the sweeter and fruitier aspects of the cheese, or more salty and peppery ones. Roquefort, Valdeon and Gorgonzola are classic European blues, while some American blues you should know are Rogue Creamery’s Rogue River Blue, Point Reyes Original Blue and Jasper Hill Bayley Hazen Blue.