How to Cook An Egg

Life as a Culinary Student: Back to Basics

One of the basic fundamentals of culinary arts is egg cookery. Here, alum Melissa Lamothe tells the trials and tribulations of her experience with the humble yet mighty egg.

The other day I was greeted by my neighbor (who happens to be a chatty little six-year-old) in the elevator. Each time she sees me, she promptly asks which floor I’m on and then proceeds to push the button for me. This is usually followed by a couple of knock-knock jokes and/or discussions about why a chicken crossed the road. On this day in particular, she was on an egg-themed kick.

Mini-neighbor: Because they can’t take a yolk!

Now it was my turn.

Me: Why is the chef so mean?

Me: Because she beats the eggs!

Oddly enough, this conversation reminded me of my first day of culinary school. During our Dean’s welcome speech, he warned us that any lesson involving eggs may be a very humbling experience. At the time, I wondered why an egg deserved such notoriety. How come it wasn’t aspic, an onion or the basic Russet potato?

Dive into the world of food at ICE.

The reason is that an egg is very sensitive to its environment. An egg white is essentially just water and the protein albumin, while the yolk primarily contains water, albumin and fat. Of these components, the albumin is the most reactive part because it can be physically altered if subjected to changes in its surroundings. When heated, it solidifies (which is also known as coagulation) and turns rubbery. Add an acid, and this too will cause coagulation.

Alternately, when an egg white is whisked, it will turn into a foamy white structure. None of these states can be reversed — once you do this, there is no turning back. But this irreversibility is actually a good thing. Thanks to its unique properties, an egg can help bind ingredients, give volume to batter, emulsify liquids, thicken a sauce, provide flavor, clarify a liquid and even add a nice color or glaze to certain dishes. Because of this, it’s important to know when to use an egg white, egg yolk or both.

When we began to tackle the egg in class, we prepared them in a multitude of ways. Beginning with simple techniques, we tested a hard versus soft boil and watched how each minute of cooking would transform the egg. We also poached, fried and scrambled them. From there, we moved on to using eggs in everything from Hollandaise sauce, crêpes and soufflés, to pasta dough, breads and custards.

Thanks to its unique properties, an egg can help bind ingredients, give volume to batter, emulsify liquids, thicken a sauce, provide flavor, clarify a liquid and even add a nice color or glaze to certain dishes.

Even in seemingly simple preparations, there was room for error. Hollandaise, in particular, is very tricky to master. If you apply too much direct heat, the egg will overcook, causing the sauce to break and curdle. Over-boiling an egg is another common mistake. Going a few minutes too long will draw out the iron and sulfur, turning the yolk into a nasty grey color with a green ring. On top of that, the egg will begin to emit a sulfurous smell. 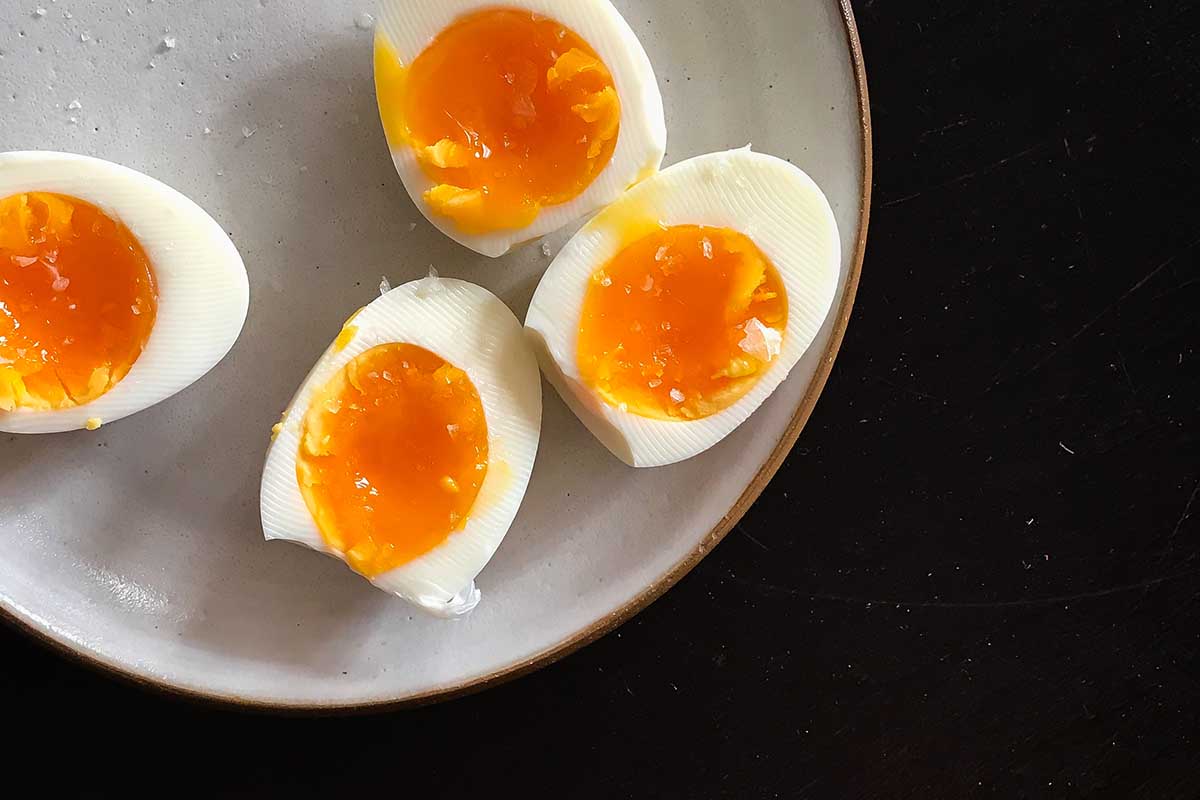 Yet now that I’ve confronted the egg and have a better understanding of its quirks and talents, I have a new-found respect for it. An egg is the gremlin of the food world — if you don’t follow the rules, it can turn into an evil monster and destroy any dish you put it in. But love it or hate it, the egg is an essential ingredient that has been around for centuries. Interestingly, the original French chef's hat (a toque) is supposed to have exactly 100 pleats because a professional chef should know how to prepare an egg 100 ways.

When I started culinary school, I’m not sure if my toque even deserved one pleat. Fast forward many months later, and I’m proud to say that — while certainly not 100 — I've gradually earned my pleats.