Learning to Write an Original Recipe

The two questions I hear most often are: 1) What is your favorite dessert? In some ways, this is like asking a mom, “Who is your favorite child?” I do my best not to be rude, but really, I want to shout, “I love them all, duh! That’s why I’m a pastry chef!” 2) Do you create your own recipes? This answer is a hard one. Yes, and no. Let me explain. 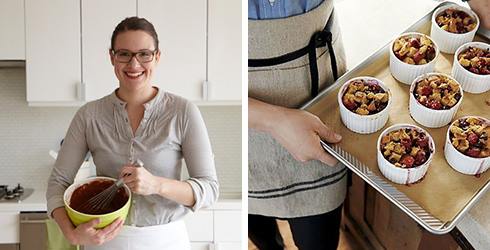 In my experience, gaining the skill—and comfort level—to write an original recipe takes time and practice—a lot of time and practice. So what’s the point? You could simply use recipes already written by other chefs, right? But then again, what if those recipes aren’t quite perfect? What if there were ways you could build on ideas in other recipes to create something even better?

Below, I detail the route I took to pursue perfection in my own original recipes. For those of you who are aspiring chefs, I hope my experience can give you a sense of direction. I really enjoyed my journey and feel my experiences served me very well.

When I began my pastry career, I simply followed others’ recipes. At first, that meant learning the traditional methods through the pastry arts program at my culinary school. These recipes were designed to familiarize students with traditional baking techniques, as well as the tools and equipment used in commercial kitchens. They weren’t recipes I continued using throughout my career but they were a perfect starting point. They helped me build a skill set, while I simultaneously developed my palate and personal preferences. 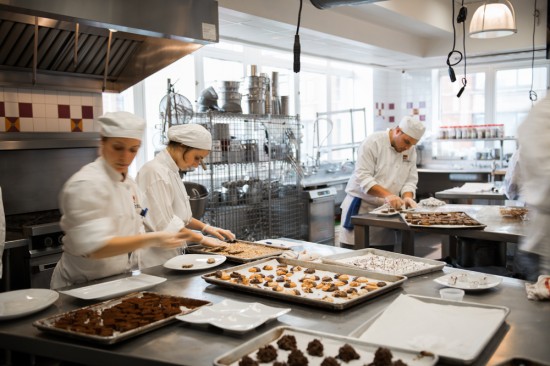 After culinary school, I began working in restaurant kitchens. There I followed the recipes of my pastry chef to a T. That was a tricky time in my budding career to navigate. Many pastry chefs will just hand you a list of ingredients and say, “Make a double batch of this,” without any further instruction.

It was my job to draw from the skills I learned in culinary school, to decipher the code of ingredients and decide which technique fit the equation. When that didn’t work, a simple request worked exceptionally well: “Chef, can you talk me through this recipe so I know exactly what you would like?” (This is a very helpful trick, turning your lack of knowledge into an opportunity to appear detail-oriented.)

This early stage of my career was also dedicated to collecting as many recipes as possible from a variety of chefs. It meant pouring over cookbooks and testing recipes at home in my spare time. I made studious notes about what worked well and tasted best, as well as notes for improvement. My cookbooks became covered in food stains and ink. And I had a drawer filled with little notebooks of recipes I jotted down from restaurant kitchens. 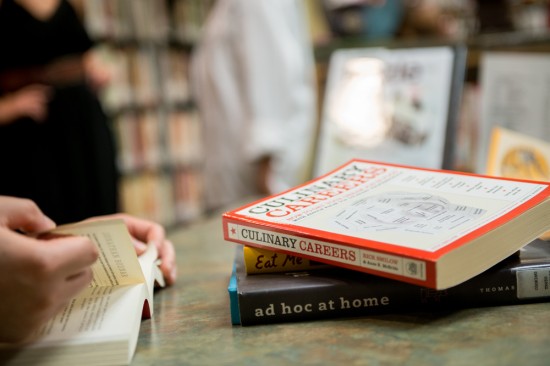 Additionally, I spent a lot of time eating out and volunteering at other restaurants, taking notes on flavor combinations, collecting more recipes and analyzing the work of successful pastry chefs. I drew diagrams of desserts I loved, so I would remember the various components in a dish. I always kept a copy of the dessert menu and archived them for future reference. In short, I created a kind of catalogue of sweets—stuffed with inspirational references, cookbooks, recipes and menus. This was before the invasion of digital photography, so I have very few images of the desserts from my early days. But today, I highly recommend snapping pictures of every dessert you love and filing them away too.

When I finally reached the level in my career where I was able to begin developing menu items, all this research and hoarding proved incredibly helpful. I was able to cobble together original desserts, using a combination of other chefs’ ingredients. I would combine one pastry chef’s vanilla panna cotta with another chef’s strawberry gelée, toss in a tuile from a cookbook and voila: I created a new dessert. While these weren’t truly original recipes, the combinations of components were and that was perfectly acceptable by industry standard.

But eventually, that got a little old. After repurposing so many ideas from chefs I admired, I found a new desire to develop recipes to my personal standards and taste. I began by adjusting the flavors in the recipes I already knew well. The vanilla panna cotta became a lavender panna cotta; the strawberry gelée became blackberry-lime. I added a little black pepper to the tuile batter.

When my flavor adjustments worked, great! When they didn’t, I went back to the drawing board. This resulted in some excellent results and some really disgusting desserts. It involved a lot of botched batches in the trash. Soon enough, I graduated to a new method of perfecting recipes. These new recipes were less about superficial changes—I focused less on swapping flavors and more on textures and consistencies.

Let’s take a yellow cake, for example: instead of making four different recipes and using the recipe I liked best, I would line up four yellow cake recipes side by side. I added up the measurements of each ingredient and came up with the average.

From there, I had a base recipe to test. Once the recipe was tested, I’d begin to alter the amounts of ingredients to my liking. I would make each recipe over and over, making the tiniest of alterations until I executed a final product that I thought was perfect. This exploration really helped me to understand the functionality of each ingredient in a recipe. I gained a knowledge of baking principles.

For example, adding more baking powder is not always the best method for making a cake’s layers rise higher. And you can’t always swap cake flour for all-purpose flour just because you’re making a cake. This process also led me to create some of my very first “original” recipes. Understanding the purpose of each ingredient—not just on paper, but in the application—is critical when readying yourself to write your own recipes.

Seriously, it took me about ten years of hard work to arrive at this point. Though, that’s not too bad when you think about the length of a lifetime, right? Once I fully understood how each ingredient in baking worked—after falling down wormholes full of, say, hundreds of panna cotta recipes—my memory and confidence reached a new level of creativity.

When I want to create a new recipe nowadays, I can easily combine techniques and ratios of ingredients that I’ve committed to memory. When it comes to panna cotta, I know exactly how much milk to cream I prefer, how much gelatin will set the custard just so, and I have an arsenal of flavors that I can incorporate into any recipe to make it my own.

That doesn’t mean that panna cotta has suddenly become “easy” to make. The mastery of ingredients and techniques that comes with years of practice has allowed me to reinvent even the most finicky of desserts. 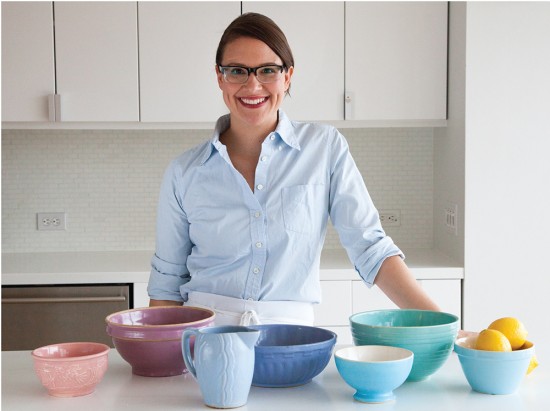 What’s more, this solid comprehension of ingredients—combined with my personal preferences—allows me to read new recipes by other chefs and determine if they will work well. I can reverse my knowledge, not just to write recipes, but to know how to alter recipes in a cookbook I might be reading, to improve a dessert before I even try making it. So in the end, I find I no longer follow others’ recipes at all, but simply use them as a touchstone for inspiration.

Every pastry chef I know acknowledges that nothing is truly original. Yes, I am completely contradicting all of the advice I just shared. But, it’s the truth. You can learn to write recipes from scratch—and I strongly suggest you pursue the ability to do so.

But, once you write what you think is original, don’t be upset when you find a recipe published elsewhere that is exactly the same. A panna cotta can only be so original, right? Instead of feeling a sense of defeat, recognize that you have arrived at a level of understanding that’s sweet in its own unique way.