ICE Chefs & Alumni in the Spotlight

The Institute of Culinary Education takes great pride in the success and advancement of our staff and alumni. As we enter the culinary awards season, we are thrilled to recognize the wide variety of nominations, honors and awards that have been presented to members of our school community. From a Thai-inspired restaurant, to a chocolate-centric cookbook, award-winning turns on food television to the "Who's Who of Food & Beverage in America", their culinary accomplishments could not be more diverse.

One trend we have seen is that many of our alumni in the spotlight are entrepreneurs or small business owners. And even more notable, given the recent buzz about women's role in the culinary world, is that four ICE alumni chefs nominated as semi-finalists for James Beard Awards are female. 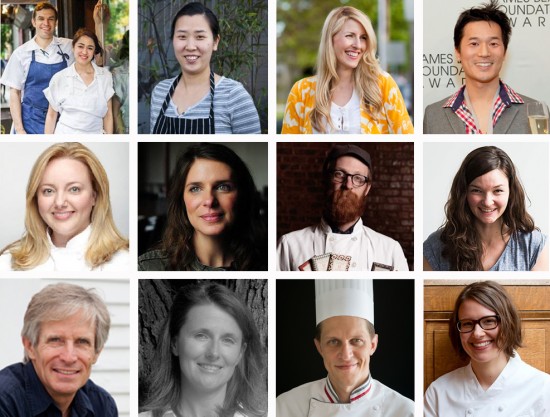 Each spring, the IACP honors the industry's best work in food writing, photography, design, and journalism and presents “Awards of Excellence” to institutions and individuals who have demonstrated an exceptional dedication to the culinary arts, as well as innovation and leadership in their specific field.

In February, the James Beard Foundation announced the semi-finalists for the organization’s 2014 awards, including four female ICE alumni chefs. In March, five alumni were nominated for their work in food media and one was inducted into the organization’s “Who’s Who of Food & Beverage in America”.

The award winners will be announced May 5th at Lincoln Center in NY.