ICE's Director of Research and Development visits a Connecticut bison farm and cooks some of the meat from the herd with this chili recipe.

Chef Barry shares his experience visiting a bison farm and some of the benefits of cooking with bison beyond sourcing from local farms and knowing your purveyor.

Earlier this year, I had the opportunity to visit a farm called Creamery Brook Bison in Brooklyn, a quiet agricultural town in Northeastern Connecticut. Austin and Deborah Tanner have owned and operated the bison farm since the 1980s, when it was a dairy farm. Austin’s love for the bison led him to purchase a herd over time and relinquish his dairy practices. Today, there are more than 40 bison freely roaming the land, grazing in the fields with no dietary supplements or additives.

The bison are inquisitive of my visit and come close but Austin warns, “we wont get too close, these are wild animals.” At 1,600-2,000 pounds, bison can be unpredictably aggressive when in confrontation. It’s wise to maintain a safe distance from the largest mammals native to North America. Another point to note is that they can charge at speeds of 40 mph, and although I am a highly competitive person, I will save trying that for the “Dads vs. Dads 100 m” on sports day at my children’s school.

Known as True American Buffalo, bison are only a distant relative of buffalo. (Water buffalo are native to South Asia and cape buffalo are native to Africa.) Distinguishable features of the bison are their shorter, sharp upward-pointing horns, large hump at the neck and long beard. The hump of the Bison is composed of muscle and a key biological tool for the animal to plow away snow with its head.

Bison were once a huge part of life for Native Americans. The animal would provide meat, leather, sinew for weapons, grease and even glue. Every part of the animal was used when hunted. In the 1500s, the estimated bison population in North America was 60 million. Overhunting and long droughts in the plains in the mid-1800s led to a collapse of the herds, which were unable to naturally sustain their numbers. At one point in the 1880s, less than 1,000 were left. A few bison were bred in domesticated herds to return the population to around half a million. The majority of wild roaming bison are in Yellowstone National Park, a population of the handful that escaped slaughter.

Austin and Deborah raise their bison for meat, yielding approximately 400 pounds per animal at around two-and-a-half years old. Austin has several herds separated in age, with one herd kept solely for breeding. The animals graze on lush grass, moving onto richer pastures once they have exhausted the feed. When mature, they are taken to a local abattoir only a few miles from the farm for slaughter and the meat is returned to the farm where the Tanners sell anything from burger meat to hump roast (the muscle or hump upon the back of the neck). The meat is sold from the onsite shop or at local events from the family's mobile van, on which they prepare favorite recipes such as sausages, burgers and chili.

Bison meat is much leaner than its bovine counterpart (beef) and the demand for it is growing. Its favorable nutritional profile and much more natural lifestyle means more and more people are willing to use bison as a substitute for a variety of other red meats. Bison is low in fat and calories with just six grams of fat in a four-ounce portion of meat. It is also an excellent source of protein, vitamin B and zinc. Due to the low fat content, cooking bison meat must be done with care to avoid overcooking.

Bison meat tastes similar to beef with a slightly sweeter flavor. The texture tends to be a little coarser due to its leanness. Raising bison without artificial additions to their feed has a huge impact on flavor. Cattle in comparison, unless very carefully sourced, are commonly given antibiotics, steroids and hormones with their cramped conditions and unfavorable lifestyle. You will taste a cleanness with bison meat when the animal roamed and fed at its will.

When cooking, preparation can be made in a similar respect to beef, noting however that Bison meat will dry out if overcooked, so keep a watchful eye on that rib roast. Prime cuts can be roasted and sautéed whereas leaner cuts such as the hump would be ideally braised and cooked slowly to break down the connective tissue.

Bison can be sourced in many high-quality markets around the United States. However, the beauty of visiting your farmer and buying directly from the people who have tended to these beautiful creatures is impactful.

Over the span of my career, I have been lucky enough to visit countless farms and agricultural sites across the world, and there was something very special about my trip to the Creamery Brook farm. Austin’s respect for these beautiful animals is unmistakable. He cares for them, and they are a profound part of his family’s life. The animals are stunning and customers know that the bison were raised with care. All of the business for Creamery Brook Bison comes from locals, and the Tanner family and their bison are a part of this sleepy agricultural corner of Connecticut.

Here is a recipe for cooking with bison. 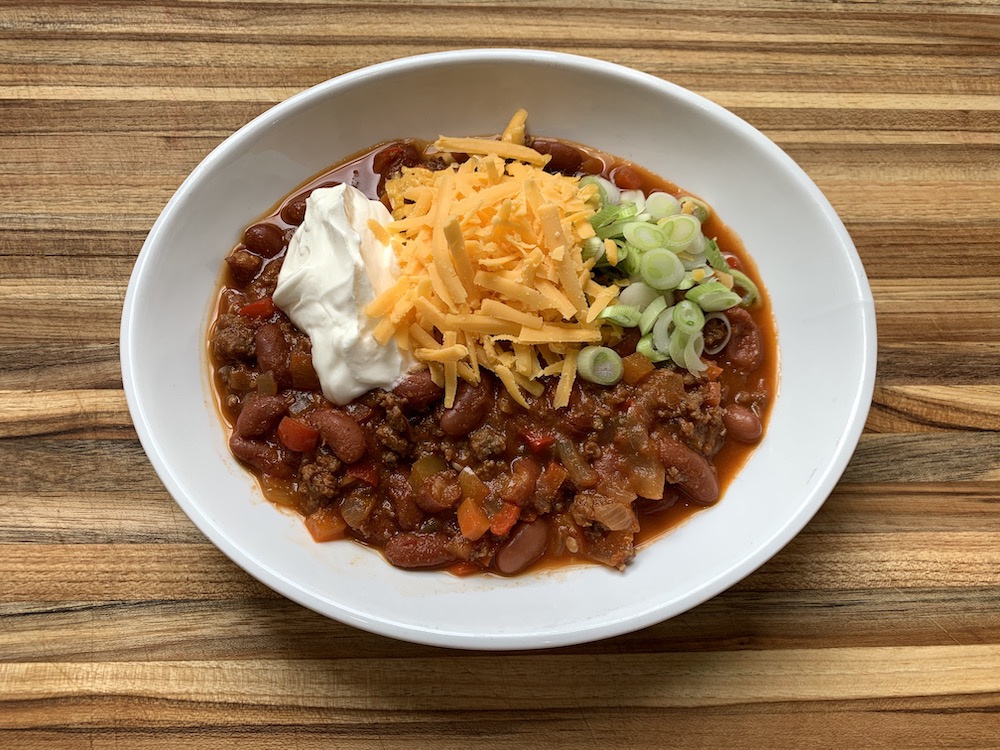 Explore cooking with a variety of proteins in Culinary Arts.