The Simple Elegance of Corn with Jesus "Chuy" Cervantes

The Head Chef of Damian visited the ICE campus to make the restaurant's best-selling corn tamal.

Corn is everywhere — in the grocery store, at the farmer’s market and maybe even taking over your social media feed via catchy TikTok song.

Though you may think you know everything there is to know about corn, underneath every ear’s humble, lumpy exterior is a deep well of flavor potential, just waiting to be unlocked. 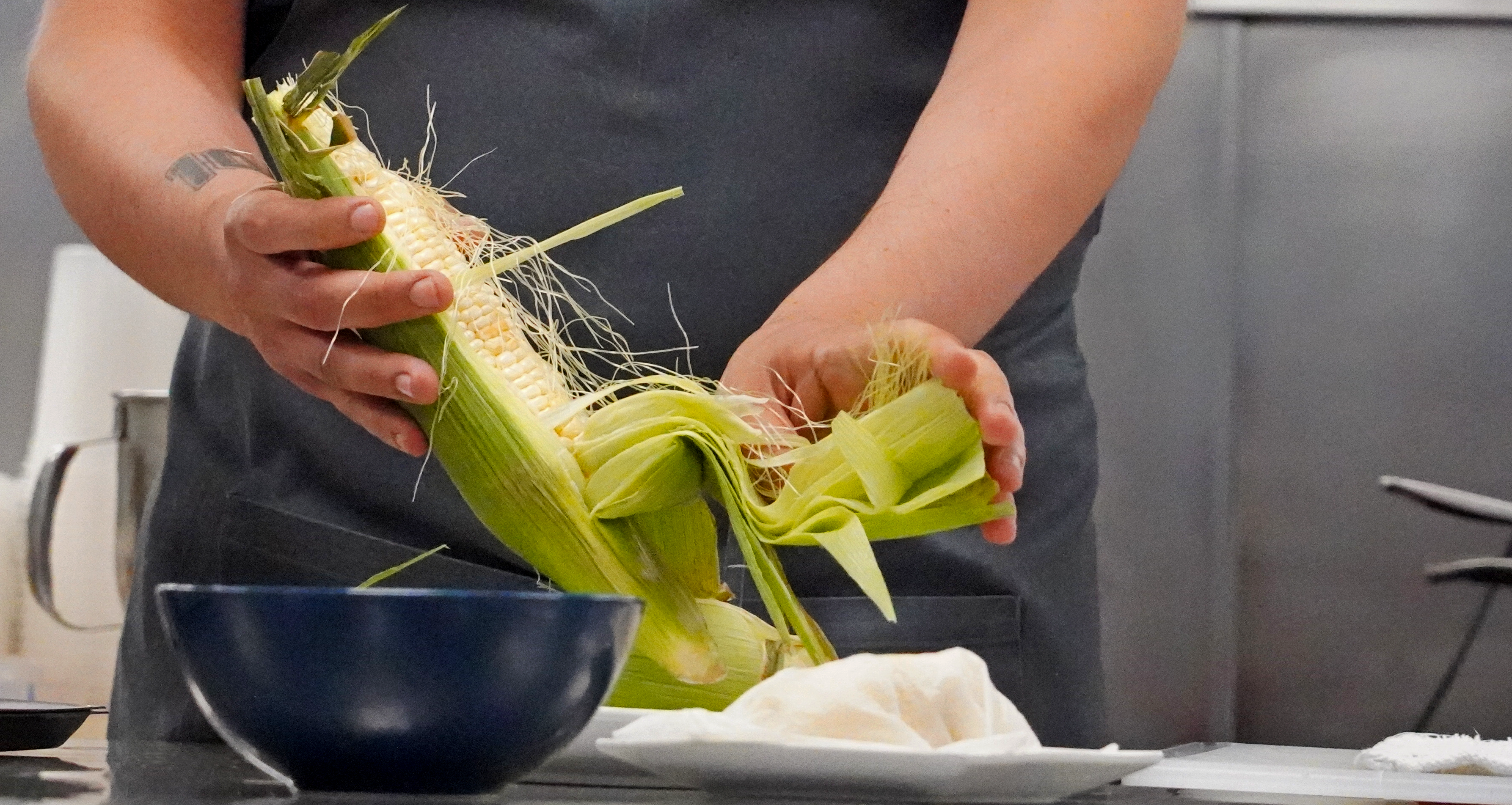 Chef Cervantes is currently the head chef at both Damian and Ditroit in the Arts District of Los Angeles. Chef Cervantes has worked at both restaurants, which are part of chef and restaurateur Enrique Olvera’s restaurant group Casamata, since their openings in 2020. Chef Cervantes was also part of the opening team of Olvera’s one-Michelin-starred restaurant Cosme in New York City, which was the group’s first restaurant in the United States.

Read More: Opening a Restaurant in LA vs NYC >

Just like all of Olvera’s restaurants, Damian and Ditroit’s food spotlights local produce.

“We're using everything, up from seafood in Washington State to obviously the produce in the Fresno Valley, all the way down to Baja California,” Chef Cervantes says. “Very much celebrating not just the ingredients and the food, but hopefully the expression of what the community feels like and to us.” 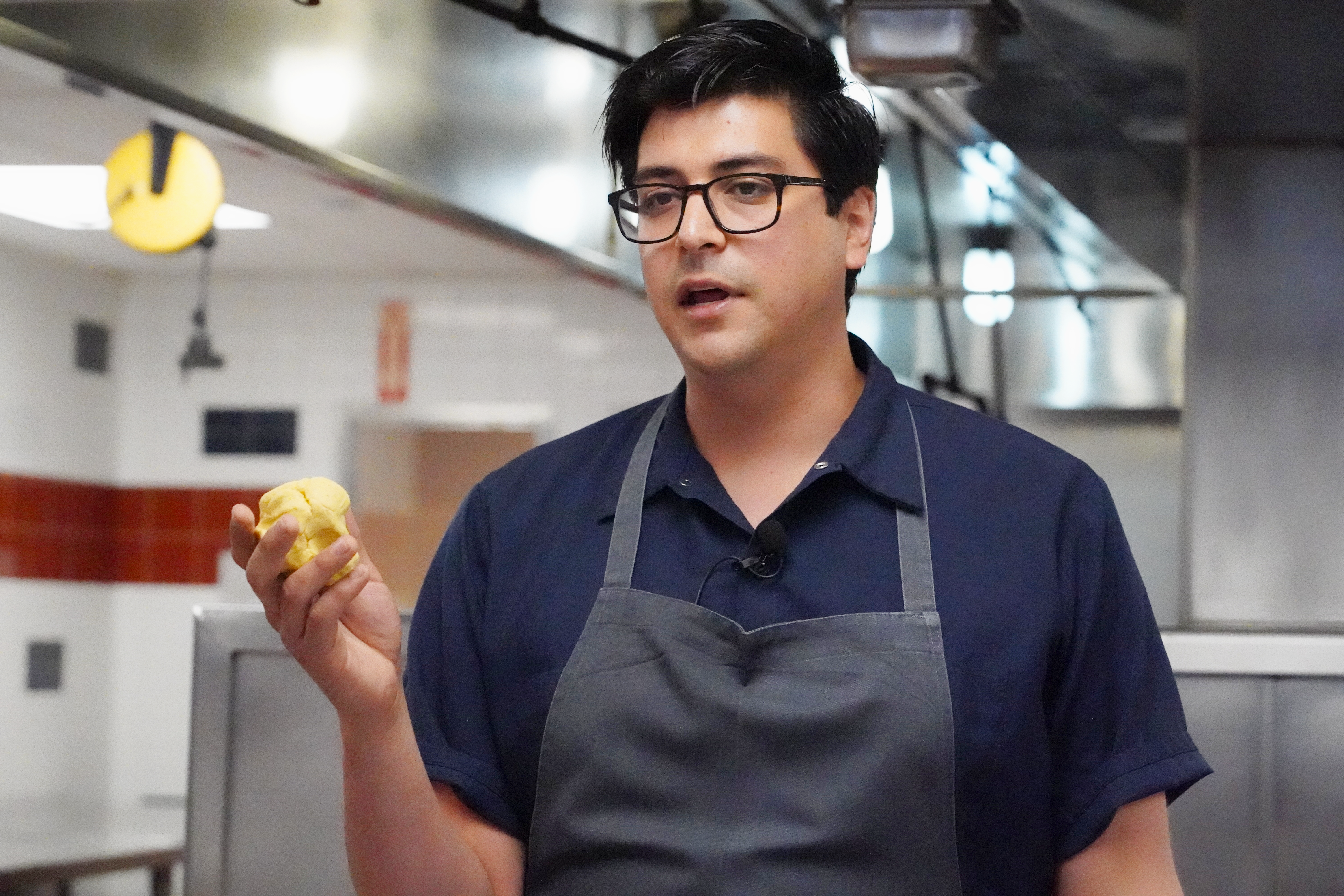 After working on Olvera’s team for five years, Chef Cervantes is very familiar with what it means to create food that showcases the character of a community. In order to do that, Damian’s food centers classic Mexican flavors while also channeling worldwide inspiration and ingredients.

Chef Cervantes says the menu, which ranges from uni tostada to duck al pastor to lobster salpicon, is a true reflection of the restaurant’s West Coast home.

“Los Angeles is an incredibly diverse place that is centered around Mexican culture but has so many more cultures that are important to the makeup of the city,” he says. “So a lot of our menu has influences from Japanese cuisine, Korean cuisine, Lebanese cuisine, even from just American cooking.”

The heart of the food, however, lies in its simplicity, which lets the ingredients’ flavor shine. The bestseller dish that Chef Cervantes demonstrated, the tamal de elote, or corn tamal, is a perfect example. The recipe uses all parts of a ccorn cob to create an incredibly flavorful, relatable dish.

This idea — of looking at one ingredient from many different ways and using every part to create something new and unique — is something that Chef Cervantes says he learned in culinary school. It's stayed with him throughout his professional career and help inspire lots of delicious food along the way.

Get his recipe below and watch the full livestream of Chef Cervantes’ demo on our YouTube channel. 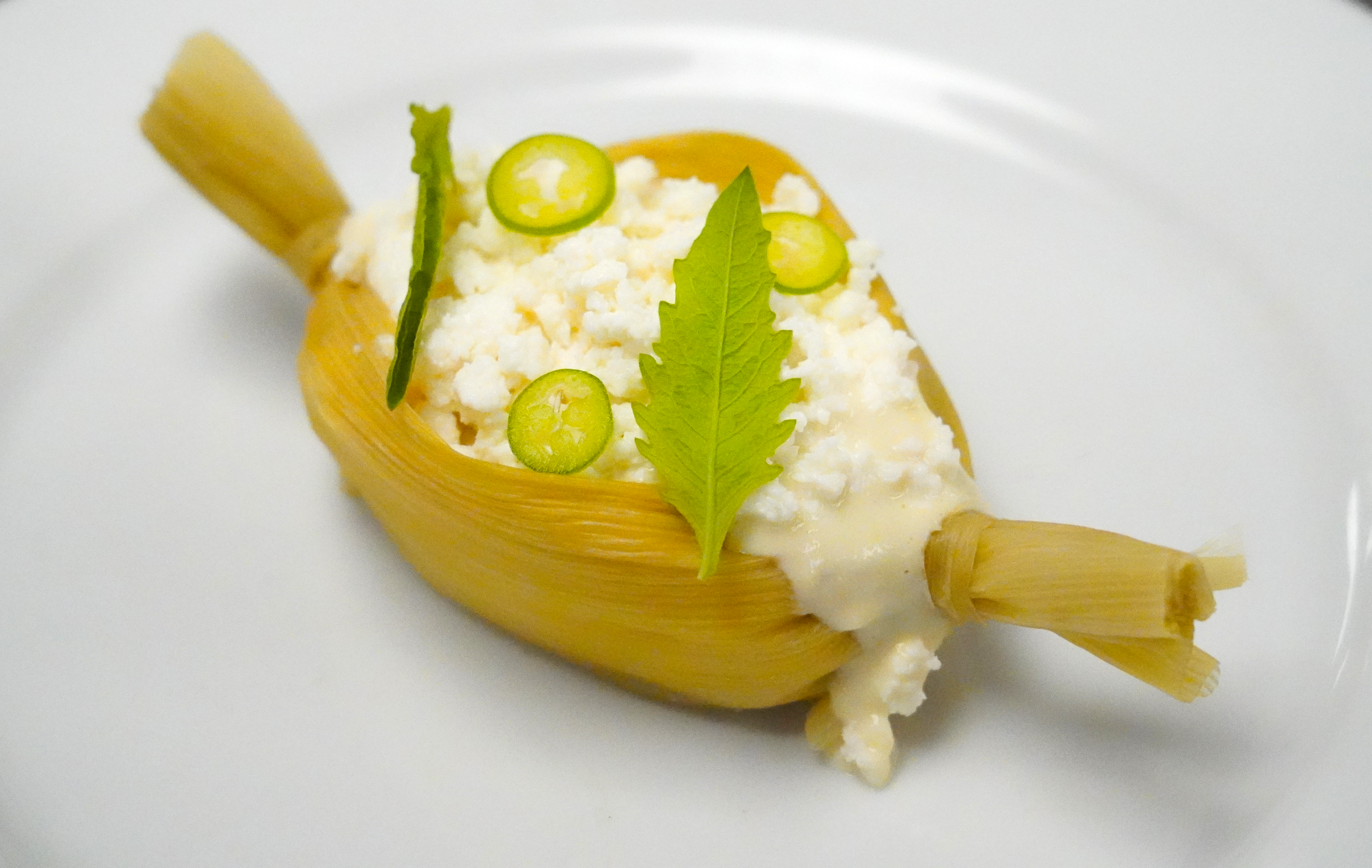 For the Corn Cream:

(Yields a little extra than needed for assembly)

For the Corn Cream: