The Evolution from Cook to Chef

'Cuisine or Death.’ For many years that was my code in the kitchen: a half-serious way to motivate cooks in the face of minor adversity or toward the unobtainable ideal of perfection. A fellow chef once told me he had adopted a similar (if slightly more introspective) military mantra: adapt, improvise, overcome. In thinking about the meaning of craftsmanship, I slowly realized how each of those words symbolizes distinct stages in development, marking key points in a cook’s training. One can’t progress to the next level without successfully mastering the last.

Knowledge, in any craft, is cumulative in nature and exponential in its possible effects. Only through rote mastery of fundamentals, followed by repetitive practice, can a craftsman (whether cook, musician, or architect) approach anything resembling inspired creativity—or, in other words, art. Creativity doesn’t exist in a vacuum, but rather in relation to one’s overall experience and skill set. In this way, good food is the result of many tiny accomplishments, some we can see immediately, and others that take years to germinate.

Adapting to an Unpredictable World

Despite the wisdom and efforts of countless recipe writers, there is no true cooking-by-the-numbers. In the theater of the kitchen, recipes are scripts that serve merely as a guideline, subject to a perpetual series of re-writes. A chef is thus a problem solver, working in a laboratory governed by the variability of nature and its produce, yet also by the strict parameters of chemistry and physics. This duality—unpredictable ingredients and unchanging rules of science—leads to a very practical, pragmatic view of the world that relies on keen observation. “It is what it is,” but there’s still a full dining room to be served, so as chefs we "make the best of it," using our skills to adapt to the situation at hand.

The first lessons of an apprentice typically focus on identifying quality: that is a good carrot, this is how one holds a knife, this is what the sauce should taste like. Such crucial observations are the central focus of a cook’s initial years in the kitchen. Until such "rules" have been ingrained into a cook's common sense, he (or she) is rarely given much opportunity to think for himself.

These basics are further reinforced by repetitive acts; outliers become easier to identify as you increase your familiarity with the task. The best students turn these tedious chores into a means of better understanding the product or the method. The fish butcher will inevitably start to ponder the anatomy of the fish and later, the effectiveness of his technique and ways in which he can do the job faster, better. The pastry cook will learn (through endless trial and error and constant tasting) just the right color of her caramel sauce and by extension, the proper pan and the right level of heat. Eventually, she’ll advance to investigating the chemical properties of sugar as a whole and how best to harness them. 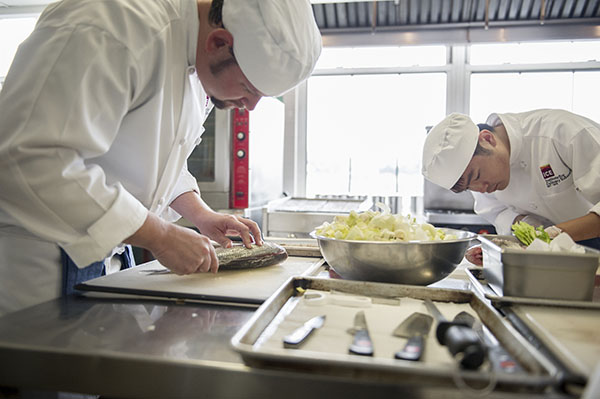 Early training, then, is quite narrow in focus; its scope limited to the detail rather than the big picture. It’s with these basic skills of identification and repetition of technique that we learn how to adapt and, eventually, to improvise. Even more importantly, this concentration and repetition teaches the cook discipline.

Vigilance and attention to detail are the only barriers separating success from failure. By doing one thing over and over, one becomes acutely aware of the exponential impact one small mistake can have on the forthcoming steps of a lengthy process. Adaptation, therefore, is the reward for good judgment skills. Understanding what quality is and how to achieve it allows the chef to make the proper adjustments in regards to a particular ingredient or technique.

If the first stage of a cook’s journey solidifies the foundation of one's craft, the second stage begins to allow for an intellectual connection between the head and the hands. A strong grasp of fundamentals allows the cook to be less fearful of experimentation. Better yet, it arms him with the mystic ability to imagine a dish that is greater than the sum of its parts. Once we have gained confidence in our ability to adapt, improvisation teaches us how to be intuitive, how to predict an outcome before we taste it.

While cooking, as a practice, tends to preserve traditional, established methods and flavor combinations, chefs have a built-in curiosity for the new. We are lifelong students, constantly searching for new ingredients and new technology, not only to invent things that are completely new, but also to make the ‘old’ dishes better or their preparation more efficient. Rather than leave well enough alone, innovative chefs see opportunity in taking something that isn’t broken and breaking it just to see what happens. This impulse to innovate is what moves the craft ever forward. 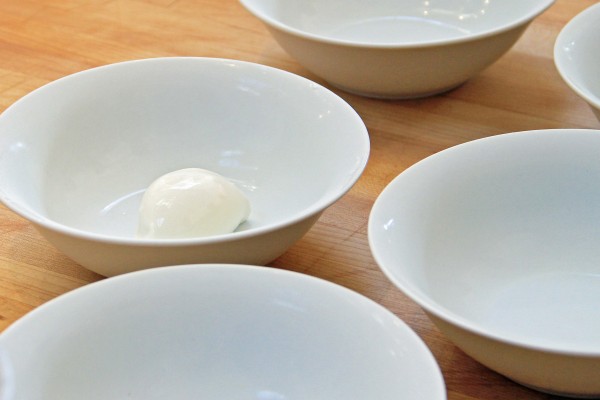 Modern professional cooking is not unlike the medieval guild system, whose structure was built upon the hierarchy of apprentice, journeyman, and master. Cooks in their second tier of development are indeed contemporary journeymen, working short stints under various chefs, investigating different styles of cuisine. With some fundamental experience behind them, they move from kitchen to kitchen to absorb the broadest range of skills possible, searching for their own culinary voice. Short-term, unpaid commitments, or stages, are a common way for chefs to quickly gain experience in a wide range of cuisines. As a result—unlike most professions—a lengthy and colorful resume is an aspiring chef’s golden ticket.

Like artists in training, these improvising cooks often express their budding talents by copying the masters. The exercise, in part, honors their culinary idols, but also helps a cook to get inside the master’s head, to peel back the individual layers of flavor and texture. This stage of development—absorbing and analyzing the work of others—marks the point at which a cook begins to truly think like a chef.

Overcoming the Obstacle of an Empty Plate

"The discovery of a new dish does more for human happiness than the discovery of a new star." - Brillat-Savarin, The Physiology of Taste Once you have a raw material in hand, enough technical skill to manipulate it, and the wisdom to know when it's best left alone, a chef's creativity finally enters the picture. But 'creativity' isn't really the right term to apply to this process. I prefer to see it as an individual’s attempt at overcoming the known.

In the world of cooking, there is little that is truly new. At its best, a dish is simply the expression of a personal challenge, filtered through the whole of a cook’s experience and knowledge. When confronted with an empty plate, we use our intuition to mentally arrange flavors and techniques. The initial obstacle is simply to prepare something delicious; the deeper challenge is to create a dish that refines, improves, and pushes our own boundaries as chefs. What we choose to put (or not to put) on that plate—a composition of flavors, textures, and temperatures—represents the ongoing evolution of not only the chef as an individual, but also the ever-widening spectrum of culinary possibilities.