Getting the Timing Right

Life as a Culinary Student

I’ve been thinking about getting Julia Child’s face tattooed on my forearm for about two years now. Julia is one of my greatest inspirations. Like me, she was a late bloomer, marrying at 34 and starting her culinary career soon after. Her pure joy and passion for food was evident in everything that she did. She was an authentic voice in a world crowded with phonies, and that’s probably why she became so popular. She got the timing right.

After being in the Culinary Arts program at ICE for just over a month, one thing I’ve learned is that timing is everything. It took me 15 years to get to culinary school. It’s something I wanted to do since graduating from college, but more practical voices prevailed and as a result, I forged a career on the periphery of the food world. Ironically, I couldn’t be happier that my path to ICE ended up this way. 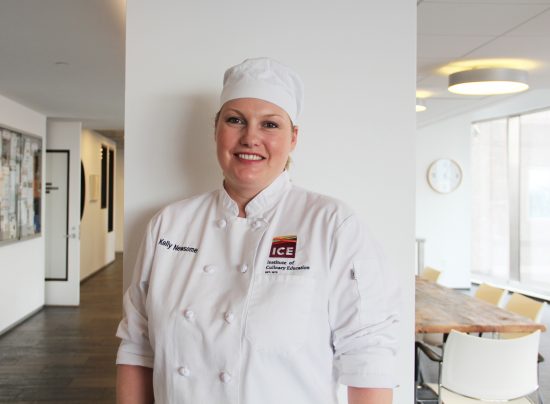 At 38, I knew that I would probably be the oldest in my culinary school class. It was a recurring thought, neither negative nor positive, just inescapably following me like the hook of my favorite song.

Somehow, I knew that my age would play an important role in this journey. Pre-ICE, I spent nearly a decade working on the business side of the food industry. There were two serious attempts at culinary school and in each case I was talked out of it.

You won’t make any money and the hours are terrible, was a common remark on my ambition. I let the doubters win. Yet every step I made in my career was an effort to get closer to the kitchen.

In 2007, after an intense Googling session, I found my first move towards a career in the food world – the NYU master's in Food Studies program. At the time, I was working a dead-end job and desperate to pursue my passion for food and gastronomy. I applied in secret, fearing that my parents would not understand or support this unorthodox program.

When I was accepted and finally told my parents, they surprised me with their overwhelming support. One year into the program I landed my first “food” job with a food science company that made natural food colorings. Not exactly Food & Wine, but it was a start. It took me three years to finish my degree. My days were spent in the vast and complicated world of food ingredients and corporate food companies while my nights were shared with the brightest minds in food academia.

Still, something was missing. Without realizing it, I had snaked myself into a career on the sidelines of food in order to make other people happy. After landing what I thought was my dream job, I realized that the cutthroat corporate food world was not for me and it was time to follow my dream of going to culinary school — so I finally took the leap and enrolled at ICE. My circuitous route led me to wonder how some of my classmates found their way to culinary school. 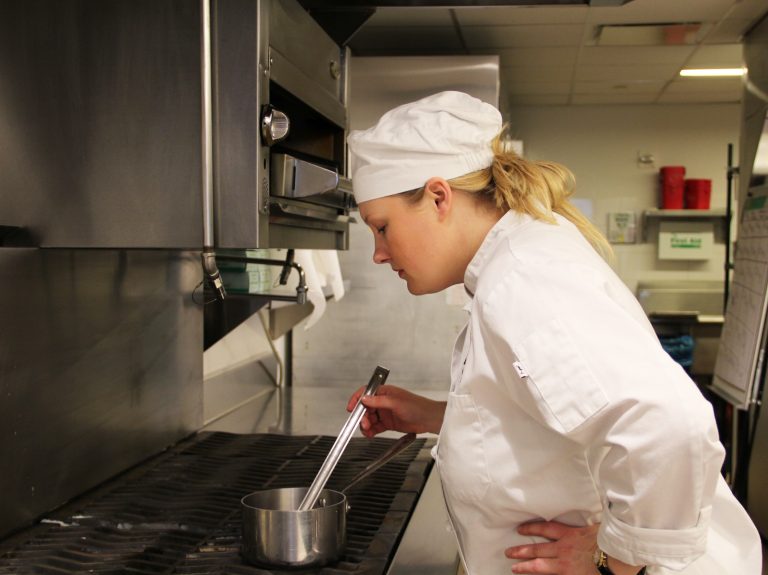 My classmate Tommy Kim’s road to ICE could not be more different than mine. After 9/11, he decided to join the Marines and served tours in both Iraq and Afghanistan. While deployed, food was a frequent topic of thought and conversation. “I was constantly dreaming about all the wonderful foods I missed while I was away and hungry. You'd be surprised how much we used to talk about food while deployed. It was always about girls and food — but mostly food, haha.”

Tommy’s military experience served as the unexpected catalyst for his own food journey. Time spent fishing and hunting, while based in North Carolina, deepened his appreciation for food and nature. Deterred by the long hours and tireless work of professional cooking after serving six years in the military, Tommy decided to pursue a more lucrative career in medicine.

He explained, “I had realized I was not really following what my heart desired. This was my tipping point. This is when I told myself to find that one thing that I knew that I had to be. That I had to stop being arrogant and stop thinking that I had to be something incredible. To be humble and to only express myself with what I love without care of what anyone thought of it. It was food and nature, it was something I found that brought me true joy.”

Fulfillment was the driving force behind my classmate Liz Bossin’s decision to pursue a career in food. People don’t often associate culinary arts and finance, but Liz discovered that her passion for food, love of hospitality and talent for relationship building could provide her with a unique edge in food and finance. After graduating from Villanova with degrees in both political science and philosophy, Liz worked as a legal assistant at a large firm in NYC. She quickly realized that law was not in her heart.

“My job was extremely demanding – I regularly worked 60-80 hour weeks and got absolutely no satisfaction out of it. I quickly realized that if going to law school meant slaving over monotonous documents for the world’s biggest corporations, I wanted no part of it.”

Liz’s tipping point came when she took a knife skills class at Brooklyn Kitchen in December. A conversation with the kitchen assistant who had recently finished culinary school in Paris resonated with her. Liz knew that she didn’t want the career of a traditional restaurant chef. Rather, she was interested in food styling, working in a test kitchen, writing or owning her own specialty shop.

She never considered going to culinary school until hearing the kitchen assistant talk about her career options after exiting culinary school and it didn’t involve working in restaurants. Suddenly, Liz realized that culinary school “made so much sense for launching a fulfilling, long-lasting career guided by her passion.”

Don’t be fooled — it isn’t easy to just follow your passion. Most people never get this opportunity. Some never even discover what it is. And when you do find it, you will always have voices telling you why you shouldn’t.

Liz, Tommy and I come from vastly different backgrounds. What we share, however, is our inability to ignore our love of food and the unique circumstances that led us to ICE at the same moment in time.

So here we are, three passionate foodies who finally got the timing right. To me, “getting the timing right” means doing what you want, on your own terms, when you’re ready.

You make the hard choice to change careers or go back to school or move across the country. And then you’re in it and you realize you absolutely could not be doing anything else. I think I’m getting a little bit closer to my Julia tattoo.

Ready to launch your culinary career with ICE? Click here for information on our career programs.