History of the S’more

The Ever-Popular Dessert That Leaves You Wanting Some More

Did you know that the history of the s’more dates back as far as the early 1900s? Or that marshmallows were being roasted in the late 1800s? Or better yet, that the marshmallow is a confection that has been around for over 200 years?

If you’re the average marshmallow consumer and not a food historian, that can be hard to believe. The commercially made and mass-produced treats that seem to have a never-ending shelf life feel like a product of the 1950s to me, right alongside Cheez Whiz. However, there’s more to the history of marshmallows. 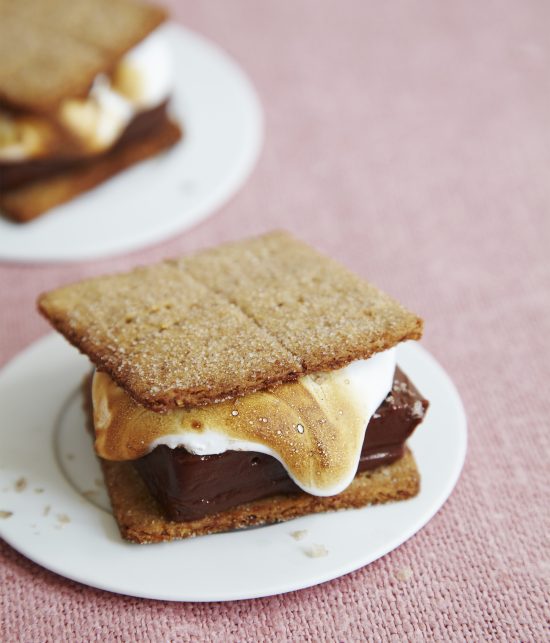 In the briefest way, I shall now tell you the history of the marshmallow: It began with a plant called “marsh mallow,” which happens to grow in swampy, marshy regions of the world, and has a super sticky, thick, white sap. The sap was mostly used for medicinal purposes, often as a remedy for sore throats.

Over time the root of the marsh mallow plant was combined with sugar, making it sweet and perhaps the first rendition of a throat lozenge. Fast-forward many, many years (maybe even centuries), the French decided to transform its purpose as cure into confection.

The marsh mallow sap was whipped with egg whites and sugar to create what we now know marshmallows to be—a super sweet, soft, fluffy and, when melted, deliciously addictive gooey treat.

According to Tim Richardson’s account in Sweets: A History of Candy, this mild illness remedy turned fancy French confection occurred in the mid-1800s or so. By the late 1800s, the mallow sap was replaced by a less expensive and more readily available ingredient—gelatin.

The gelatin was used as the gelling agent in marshmallows to hold their shape—just as they are made today. This replacement reduced the price of the sweets, making them easily procured by all. Marshmallow roasts became popular activities and groups would gather to enjoy these sweet summertime festivities. But, who could just stop there? As roasting marshmallows became popular, so did the exploration of their uses. Enter: the s’more. 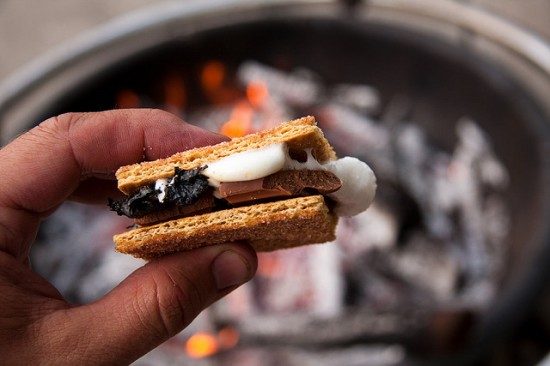 Loretta Scott Crew dubbed s’mores as “Some More” in 1927 in Tramping and Trailing with the Girl Scouts. (If that’s not enough to sign your daughters up for the Girl Scouts, I don’t know what is—so clever, those little darlings!).

The recipe directs readers to roast marshmallows on a stick over a campfire and press them between two graham crackers and a piece of a chocolate bar, like a sandwich. The recipe also says something like, “while the recipe is called ‘some more,’ eating one is enough.” (Clearly, the author and I have never met.) So there you have it.

S’mores have been around for a looooooooong time. Still, the original method of making a s’more remains the same. The only thing that has changed, really, is the spelling of its name. I can’t say that for a lot of desserts. So mark your calendars and please raise your twigs in their honor, because Wednesday, August 10th is National S’mores Day. For a fancier twist on s’mores, grab a copy of my latest cookbook, Modern Eclairs: And Other Sweet and Savory Puffs, for a yummy s’mores eclairs recipe!