Hello, my name is Jenny. I am a former executive pastry chef turned pastry chef instructor. Some might say I’m still in recovery. I began my career in Chicago, working my way up through the kitchens of Gordon’s, Blackbird and Charlie Trotter’s—true icons in the city’s culinary history. My time in these restaurants—like many culinary school graduates—was my first real introduction to the “yes, chef” culture of kitchens. 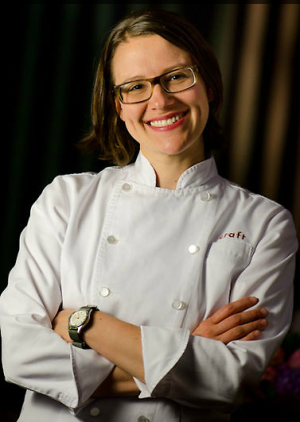 The “yes, chef” mentality stems from chefs who worked their way up in grueling environments, once called kitchen brigades. These environments were built for efficiency and excellence: a clear hierarchy, where everyone knew their place. The culture of these kitchens tended towards a sort of masochistic martyrdom where the longer you worked, the better chef you were. Chefs at the best restaurants were expected to put work before everything in their personal lives—including sickness and even sanity—to maintain the restaurant’s prestige.

Now it may sound tough to come of age in this kitchen culture, but it wasn’t so bad. I would liken the “yes, chef” culture to a full-immersion language program: it’s only when communication is a question of survival that we become fluent. Being the new kid at a restaurant full of experienced cooks forced me to be a quick study, and within a couple of years’ time, I became a pretty good cook myself. I was motivated to move up from the bottom of the totem pole, and a large part of my success was learning to live the “yes, chef” ethos. 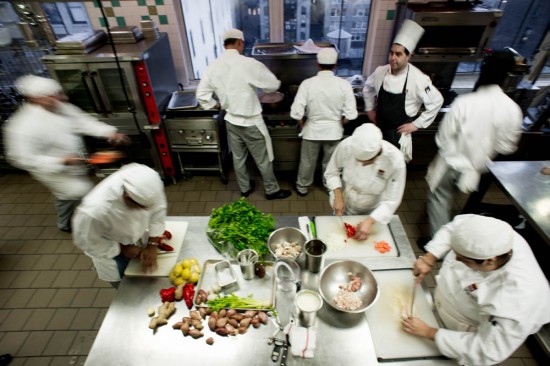 How does this culture play out minute to minute? In short, “yes, chef” is the reply for every command you are given in a kitchen. It doesn’t matter how you think things need to be done. If you had a question, the time to ask was before your shift, because now there’s a lady at table seven who is waiting on a perfectly medium rare steak. In truth, for the complex choreography of a restaurant kitchen to operate without a hitch, you need a dictator. Chef means chief in French, and in the kitchen, the chef is the boss—period.

A typical conversation in the kitchen:

That is…until recently. Today, we’re witnessing a rapid cultural shift in professional kitchens. Entry-level cooks are demanding better hours and pay. Culinary students are graduating with kitchen andfood business skills. Cooks are no longer interested in being just another pair of hands. They not only want to voice their opinions, but they also insist they be heard. 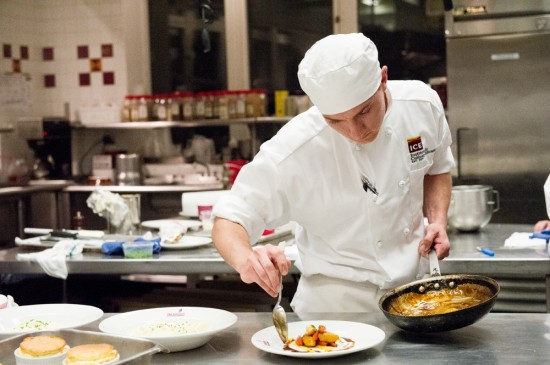 As a former executive pastry chef, I’m not sure what to make of this shift. In the industry, many of us are asking: “Why can’t we find any decent cooks? Why won’t these cooks just be quiet and do the work? Why don’t they understand how amazing this restaurant is? Don’t they get it? I spent 10 years slaving away to get where I am. I learned from the best of the best, and all my experience is what makes me the pastry chef I am today. It came at the price of time and dedication, no matter what the sacrifices may have been. Aren’t they listening?”

In large part, the growing popularity of culinary school is part of this change. Over the last two decades, the cooks entering the field have been increasingly educated and eager to express their own creativity. So are we witnessing a planned rebellion of entry-level cooks against executive chefs that were raised in the “yes, chef” kitchen culture? Not exactly.

The majority of cooks currently entering the industry were born between 1980-1995, making them part of the millennial generation. They have extraordinary technical skills and multitask like machines—walking, talking, listening and texting simultaneously. They are not accustomed to the old school, “put your head down” way of working. They are focused on themselves first. And you know what? We can learn something from them. In the classrooms at ICE, I certainly have. It’s been a challenging but meaningful endeavor. I’ve learned to listen more and command a bit less. 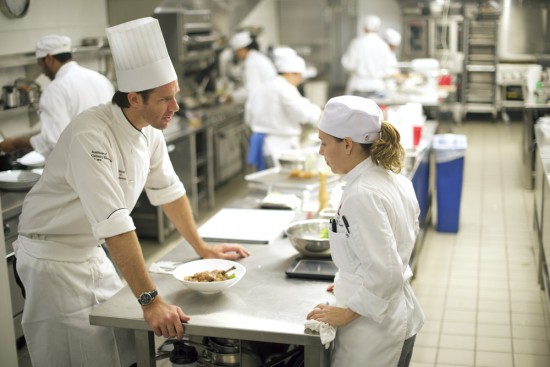 When I started out in kitchens, I remember I didn’t like being underpaid. I didn’t enjoy being told my thoughts and opinions didn’t matter. I didn’t want to work 12+ hours a day. But I did it because I felt like I didn’t have a choice, and I loved the work so much that I was willing to make sacrifices. So when the current generation says they won’t accept being underpaid, working long hours and feeling underappreciated every day, I get it. That “me first” mentality has its perks, but something has got to give. So who has to change? The employees or the employers?

My take on this culture divide is that the people who benefit most from changing are the chefs. Now, I’m not suggesting that chefs let their cooks run willy-nilly or let them talk back during dinner service. But I am suggesting that we all let go of the “yes, chef” culture. The best kitchens have always been a team effort, and it’s high time they became more collaborative—and that includes encouraging the creativity of every cook, even the one who just started last week.

No matter what you’re trying to accomplish—whether preparing a perfectly timed nine-course tasting menu or looking for a set of lost keys—there’s nothing like a fresh set of eyes on a situation. So if we let the before-service conversation evolve to include, “have you considered this, chef?” we all reap the benefits. In short, can we chefs stop thinking of ourselves as dictators and instead become coaches? From food trucks to tipping to composting, the industry is already changing in ways beyond our control. It’s time that chefs give cooks a moment to look up from their cutting boards and a chance to cut their teeth in a kitchen that welcomes open conversation.

Click here to learn more about the culture of restaurant kitchens. Then visit ICE.edu for free information about launching your culinary career.