ICE’s Resident Sommelier Wants You to Have Fun with Wine

What’s the number one rule of drinking wine? There are no rules. That’s the ethos of ICE’s Director of Wine and Beverage Studies, Richard Vayda. The experienced sommelier and former chef (who was also an opera singer once upon a time) appreciates wine in all of its varieties and for all occasions.

Just as there’s a time and place for a grand cru from Bordeaux, there’s also a moment to enjoy a crisp white zinfandel (preferably with potato chips, on the beach). As he teaches students at ICE, the important thing is to keep an open mind and worry less — after all, wine is about enjoyment. 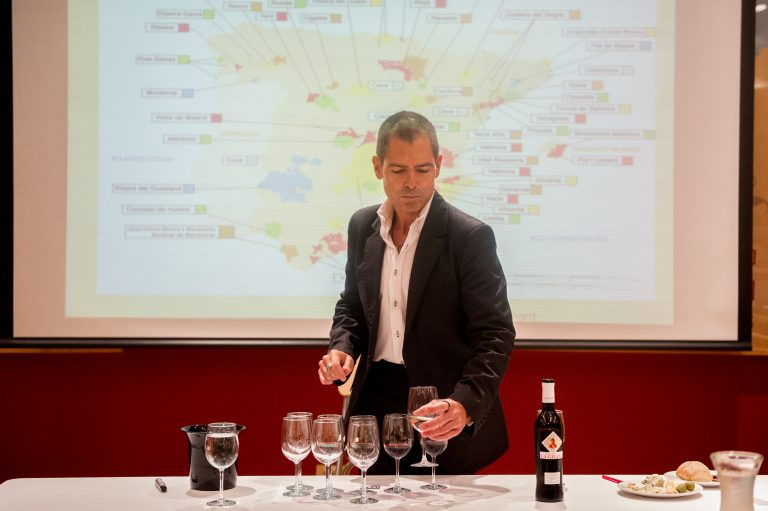 We caught up with Richard before one of his popular Introduction to Wine courses to chat with us for an ICE blog interview.

I’m from the Midwest – Chicago, originally – and my grandparents owned a beer and wine warehouse. Alcohol was always around us. When I turned 15, I got really interested in food and wine, so I started making wine in my bedroom.

There was no internet then so I had to do everything by books and magazines. I would buy grape concentrate from California – chardonnay, cabernet sauvignon — and I made wine in vats in my bedroom. I didn’t tell my parents right away, but they of course figured out from the smell. Eventually I got to the point where I made sparkling wine.

In my bedroom and the basement — you have to use this process where you almost freeze the wine. I would do a second fermentation in the bottle. Today, I probably would not think that sparkling wine was very good, but at that particular time I thought Wow, it’s cool that you can do this. I was really interested in wine and food and then I got into the music industry – I was an opera singer for a while.

Still, I was always interested in food so eventually I went back to it. I finished my master’s at NYU — I studied food management and did a lot of nutrition work as part of my program. Then I decided to open a restaurant in the Catskills — Mountain Brook Dining and Spirits. It was a beautiful setting, with soaring mountains and the Schoharie Creek next door.

When I moved back to New York City, I ran a small Provençal restaurant. I was very involved with the wine program. Eventually I opened a coffee and chocolate lounge, Caffeine, in South Norwalk, Connecticut. My partners and I owned that for about six years.

To be a wine expert, is it necessary to have special tasting abilities?

I think most people can develop their sense of smell and sense of taste quite a bit. It’s mostly about the sense of smell. Most people can identify a thousand-plus smells. The problem is trying to verbalize what they’re smelling. With practice, you can become more precise.

There are people who are naturally better tasters or smellers — the “super tasters” — but I think anyone can develop those skills. Tonight I’m teaching the second session of an intro class, and I already saw on the first day how happy some of them were when they picked up things they didn’t know they could. Students start picking up on the nuances in wine pretty quickly.

Is that one of the fun parts of teaching — when you get to give people the tools to taste wine?

Absolutely. It’s a two-way process, too. Sometimes they give me the words. All of us have physiological differences in the way we taste things or smell things. You might be more sensitive to something that I don’t pick up on strongly, so the student’s words help me, too. I often find that the students come up with the word before I do — it may be the wackiest word, but it may be perfect. 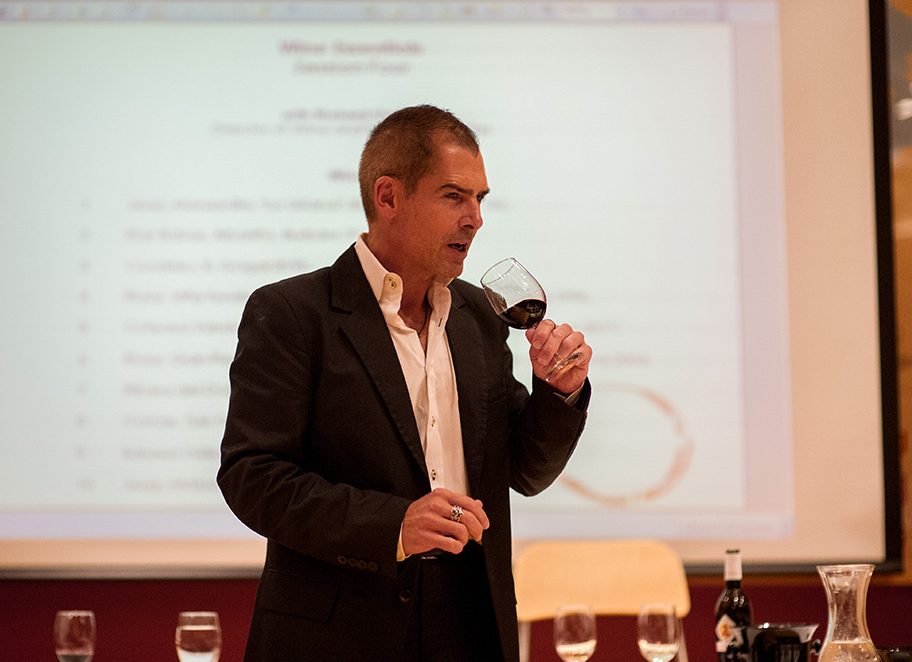 You also studied in Paris – were you studying food or wine?

I spent one year at the Sorbonne, studying linguistics.

And living in Paris!

Yes, and living in Paris, eating and drinking great food and wine. I couldn’t afford expensive wines then. I remember going with my classmates to the supermarché, and we’d bring our own bottle and fill it up with wine for one euro. We had some lovely meals though.

Did you get a sense of French wine culture, and is it different from wine culture in the United States?

I think the French approach, when I was living there, was similar to the American approach today. Ten years ago in the U.S., people approached wine in a pretentious way and I’m all about getting rid of that. Wine should be fun. French people were already like that — because it’s an everyday drink for the French. Now it’s becoming an everyday drink here, something that people don’t have to get too stressed out about. But still, in my classes, I often get people who say I want to be able to order wine at a restaurant and feel confident, not so self-conscious. I tell them, don’t worry about it!

I think some Americans still feel silly if they are taking wine seriously. For example, if they have to swill a glass after ordering a bottle of wine.

Or they think, is this what I’m supposed to do? I say, do whatever you like. Just enjoy.

How has wine culture in the United States changed in the past decade?

People are becoming less pretentious about wine and are embracing wine as an everyday beverage. It’s changed a bit by removing stereotypes around wine, but some stereotypes still linger. I still get people who won’t drink rosé — a lot of them associate it with white zinfandel. In the Introduction to Wine course, I purposely put a French Provençal rosé next to an American white zinfandel, just to see what people will say about it and almost every class thinks that the white zinfandel matches better with a brie cheese than the French rosé.

Does white zinfandel deserve its bad reputation? Are there good ones?

Yes, there are. I selected one for my class that’s on the drier side and also very rich in flavor. There are still some thin, sweet, thin white zinfandels that are the wine equivalent of soda. But even those wines with some potato chips on the beach are not the worst thing (laughs). It’s low in alcohol and that sweet offsets the saltiness.

If you wanted to impress someone with a gift of a bottle of wine, what would you recommend?

It should be a gift from you that says something about you, but you also want them to appreciate it. I have a British friend and he thinks all American wines are awful – he calls them “too sweet.” When I buy him a gift, I sometimes buy an American wine, but I purposefully look for something that he likes — full body, but with finesse, not overly ripe fruit. Probably not a California wine, but maybe something interesting from Washington – like a Bordeaux blend.

Otherwise, sparkling wines, especially “surprise” sparkling wines are always good. I’ve been gifting people sparkling wines from New Mexico and it is kind of fun. People say New Mexico? This is pretty good! I also have friends who like big, fruity wines, so I’ll give them something big and fruity, but not clumsy — like a nice shiraz from Australia. I recommend matching the wine with the person, but including an element of surprise.

That’s what I like to do with my classes at ICE. I present the typical example of a wine, then I present something atypical. When I do the American wines in our Wine Essentials course, I’ll show them the American wines that are well made and representative and then I’ll throw in a fruit bomb.

Ready to discover the world of wine with Richard? Click here to check out the upcoming wine courses at ICE.