In an industry where offensive jokes and cursing have historically been commonplace, there are very few things one can say that are considered “dirty words.” Conversation that would make even the “Mad Men” blush would hardly cause someone from the back of house at a restaurant to bat an eye. But there’s something about hearing the words “private chef,” that once put a look of disdain on the faces of a whole brigade.

There was a certain stigma that came along with private chef work in the restaurant industry, it was passed on to newly minted line cooks as tribal knowledge along with mise-en-place lists and station recipes. Before knowing why they looked at it with contempt, I could feel the disdain in the way senior cooks and sous chefs spoke about private chefs when I was starting out.

I had my own culturally inherited reasons to consider private work something I would never do. After slavery, there weren’t many jobs available to people of color, especially women. For several generations, gainful employment of African American women in the U.S. had largely been relegated to domestic work – housekeepers, nannies, cooks – in the homes of wealthier, predominantly white people.

When I proudly announced to my parents in high school that I wanted to become a chef, my father (who is black and grew up in Mississippi), crossed his arms over his chest, hung his head and told me that he fought for civil rights and equality so that his children could become something more than a servant. I was shocked, a “servant?” I told him things had changed since his parents’ generation, and I wanted to cook professionally, meaning that I wanted to work in fine-dining, Michelin-starred restaurants and become the first black woman chef to hold a Michelin rating. He cocked his head to the side, and told me that after he worked to obtain two master’s degrees, me becoming a “glorified burger flipper” was taking our family a step back.

Luckily, things started changing within a few years of my announcement: Food culture was starting to be highlighted on television beyond just a few shows on PBS, and chefs started to gain notoriety and respect for their work. This visibility helped my father understand the art and craft of cooking that I had chosen to dedicate myself to as a restaurant chef. But this visibility of restaurant chefs had not yet changed the perception of cooking food in someone else’s home as a private chef. 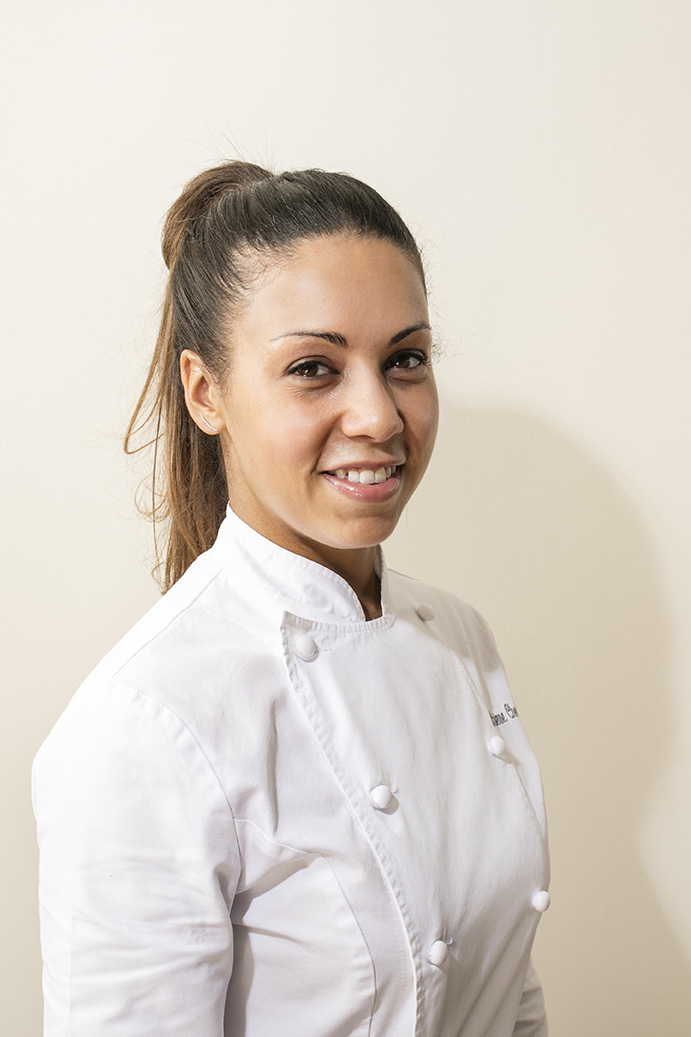 Racial issues aside, there was another inherited barrier to considering private work as a respectable option. Traditionally, cooking has been considered a woman’s job in the home and received little respect, but when cooking became a serious profession, women were largely shut out. We could cook at home (or in someone else’s home) but not in the vaunted hotels and restaurants where it was considered a man’s job.

These perspectives were part of me long before I worked in any restaurant. But it was in restaurants that I picked up another perspective on working as a private chef from my tribe of male counterparts who were mostly white: It was something you do if you couldn’t hack it in professional kitchens. It was like wearing a scarlet letter: You were looked at as someone who couldn’t handle the pressure, couldn’t meet the standards of professional kitchens or had burnt out. Any way you looked at it, this was not something I ever wanted to be associated with.

But just as menus change, so does the world. Concepts like work-life balance and mental health were working their way into social consciousness. It has become less okay to expect cooks to work 16-hour days, seven days a week, at the expense of family and personal relationships, under tremendous physical and mental stress, without making a livable wage. Only with a promotion to a head chef position did things get better, but the number of executive chefs are a small percentage of the number of people in back-of-house careers. Within the industry, it was well-known for a long time that this wasn’t a sustainable lifestyle or work model, but most chefs seemed reluctant to make changes.

A new generation of people who wanted to pursue their culinary passions wondered why they had to sacrifice their health and sanity for the art and craft of cooking. There had to be other paths that didn’t require you to give up your life to be able to cook good food. As this younger generation was beginning to question the status quo, some in the older generations were starting to admit that the old way wasn’t necessarily the right way, and wanting a life didn’t mean that you were selling your culinary soul.

Other professions within the culinary industry were attracting people who would have otherwise seen kitchens as their only option for creative expression with food. People were going to culinary school with no intention or desire of ever working in a restaurant kitchen, the times had changed. I was younger than some of my peers but had been trained by old-school chefs and had heard their regrets about sacrificing so much for a job that they physically could no longer perform in the same way after it took its toll for years.

In a rare moment of reflection, one of my chef mentors dropped some true gems of knowledge on me out of the blue. He told me that he had wanted to leave restaurant life earlier but had “Stockholm syndrome,” that there should be no shame in wanting to see your family, and that the act of cooking and making people happy is why we do this, so why do we have to be so miserable?

I continued in restaurants for years after this conversation, and so did he. During those years I started hearing the conversation around private chef work change. Chefs, men and women, began to talk about it as something they would inevitably do when they were ready to leave restaurants. Not because they had to, but because they chose to. They spoke longingly about the prospect of having more time with their families, starting families, having weekends off and making a respectable living. But I still had my cultural hang ups and wasn’t so sure.

After I left my last restaurant post as the head chef, I was exhausted, physically and mentally. I had always thought I was impervious to burn-out, but after almost two years of working for a chef that I had to travel with for demos and events, while also being the exec chef of his flagship restaurant, I had only been able to take 2.5 days off. I was burning out. Most work days began at 7:30 a.m. (stepping into the restaurant) and ended at 11:30 p.m.-12 a.m. (out the door). On days I could sneak away, I would take short naps between services in a certain banquette booth while my sous chefs were putting up family meal and doing the ordering. I realized I was probably shaving years off of my life, and my chef either didn’t notice or in an old-school way, expected it. I gave proper notice and left.

I didn’t have a plan, but I let some of my former chefs know that I was taking time off and to please send me any referrals they thought I’d be a good fit for. I was contacted by head hunters from prestigious restaurant groups, and while deciding what restaurant I wanted to go out for, I got an email from one former three-Michelin-starred chef of mine about a long-time regular from the restaurant who was looking for a new private chef. We talked about it and I said, “Chef, thanks for thinking of me, but no way.” My chef told me I would be crazy not to consider it; I would have weekends off, holidays off, and I’d be home by 9 p.m. during the week and earn a good salary. I decided to interview and do a tasting for the client.

I was contacted and told the client wanted to make an offer, and while my chef was right about the perks he mentioned, there were more: benefits, health coverage, paid vacation time, no travel requirement (which is uncommon), and because of my experience as an exec sous at a three-Michelin-starred restaurant, the starting salary was higher than I expected. Still, I wanted to go back to being a restaurant chef so I gave the client a one-year commitment. At the end of the year I was happy, loving my job, learning everyday, experimenting, and the client turned out to be one of the most genuinely good people I’ve ever had the pleasure of cooking for. I have now held the private chef position with my client for two and a half years.

One of the greatest benefits is the freedom. Since finishing as runner-up on my season of “Top Chef,” I started a pop-up series, SundayBest, that I’ve been able to grow into a city-hopping series of sold-out dinners. I’m working on a cookbook based on the pop-up series, and I get to do brand-building and ambassador work with companies and causes that I truly believe in — all while having a steady job that allows me to pay my bills and invest in myself.

I am constantly pushing myself, thinking on my feet and being far more creative in ways that I may not be able to in restaurants (French one night, Punjabi the next, followed by Italian…). I also get to flex muscles that not all chefs have an opportunity to regularly; imagine being the prep cook, line cook, pastry chef and exec chef of an operation, and the skills required to execute every course to the highest level. There are no James Beard Awards or Food & Wine accolades for private work, but with social media, private chefs can still share our work with the food-loving world.

When I’m out doing my daily shopping for work, I’ve run into several old friends and coworkers at fish markets, niche produce purveyors and high-end butcher shops, and all of them are doing private work. Some of these are the very restaurant chefs that once spoke so distastefully of private chefs. They’re still cooking and making people happy with amazing food, just in a more intimate setting. And all of them are happy.

See five apps for freelance chef work, and pursue an array of entrepreneurial career paths with a diploma from ICE.

How to Perfect Your Pitch