Starting a New Career at ICE — After Retirement

Many people wonder what to do after retiring. One idea: attend culinary school.

After 31 years teaching in Brooklyn’s Canarsie neighborhood, Mindy Rich retired with her pension in July. But at 55 years old, she was left to decide what to do next.

She’s always enjoyed cooking, saying she makes a “mean chicken soup.” About 20 years ago, her husband needed to start changing his diet, which also changed the way Mindy cooked. Now she makes a mean tofu burger.

She found ICE’s Health-Supportive Culinary Arts program, and decided to take some time off before enrolling in November.

“I wanted to give myself a few months, but I sat home and thought, ‘I sit here and I just watch Law & Order all day, and I can't do this,’” Mindy says. 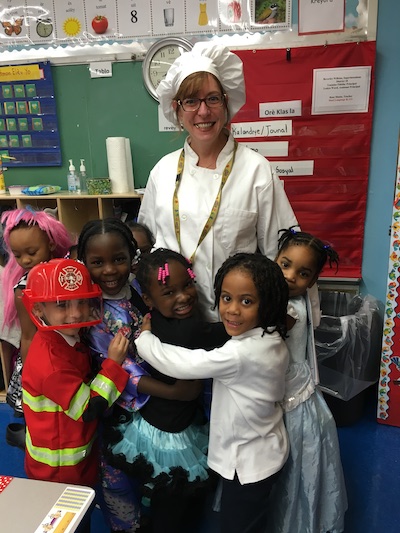 Instead, she came to ICE New York the same month she retired and is now working her way through a program that focuses on sustainability and plant-based cooking. After three decades teaching, she’s now on the other side of the classroom.

“I'm just so excited to learn,” she says.

Students at ICE come from all walks of life, and many have held entire careers before enrolling in culinary school. Some spent years in the military, some come from corporate finance and others, like Rafael Diaz (Culinary Management, ’21), worked in IT for 35 years until finally deciding to pursue his culinary dreams.

Rafael moved to Long Island from Colombia at the age of 11. He spent his teenage years working in restaurants, but after high school he went on to study IT. He said going to culinary school was always in the back of his head, especially when his job was stressful. At 60 years old, he finally decided to take the plunge and pursue a double diploma in Restaurant & Culinary Management and Pastry & Baking Arts.

“Thirty-five years later I realized I’m at a good time [and] a good place where I can retire and start something up,” says Rafael, who’s currently doing his externship in the bakery department of his local Stew Leonard’s.

Since Rafael learned to cook in Italian restaurants in his early days, he decided to practice his pastry skills at ICE. His ultimate goal is to run his own food truck (it’s already sitting in front of his house waiting to be fixed up) that serves hamburgers, hot dogs, cheesesteaks, pizzas and desserts like tiramisu and New York-style cheesecake.

What has Rafael learned from his classes so far? Everything, he says.

“Everything that I learned I’m using now,” says Rafael. “[In the management class] they teach you how to price things out and how to keep track of your price and your losses. A food truck has a limited amount of space, so I have to be very careful with [both] what I have and what I purchase. [I'm] cooking, taking my time and making sure that if I do something wrong [to] restart, slow down and do it correctly.”

See how you can qualify for double diploma credit.

Suzanne Trice, 48, also enrolled in the Culinary Arts program at ICE after spending decades in education, but she didn’t wait until retirement to finally attend culinary school. Suzanne worked as a teacher, assistant principal and director of operations in Atlanta, New Hampshire and the Bronx, but she couldn’t see herself spending another 15 years in her role waiting for her retirement benefits to kick in.

“I just woke up one day, and I thought, ‘What are you waiting for?’ Suzanne says. “I got old enough to realize: Take that something that you really enjoy doing as your creative outlet and turn it into a new career.” 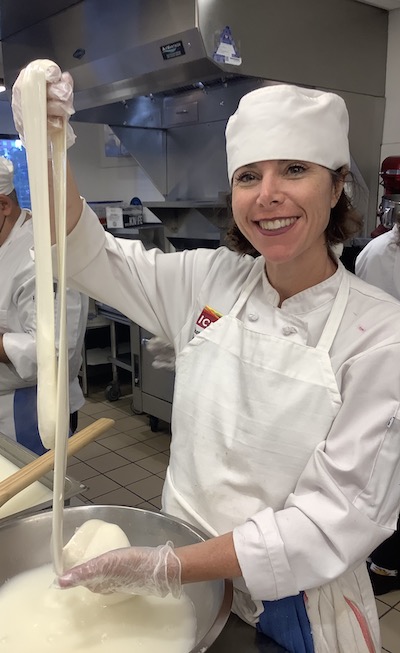 Suzanne got her first restaurant job at 15 and immediately fell in love. Even while she was an assistant principal she picked up serving gigs, both for the paycheck and the joy she got out of the job. She credits some of passion to her parents: Her dad worked in the hotel business and her mom was a fantastic cook who knew how to throw an excellent dinner party.

Suzanne’s culinary goals are clear. First she wants to work back-of-house at a restaurant to gain experience before becoming a private chef in New York. Second, she'll take those skills and move back up to New Hampshire where she’ll open a provisions store. But to get there, Suzanne said she wanted to come to a place that offers formal training in an environment where she can make connections.

“I'm definitely a lifelong learner,” she says. “So even though I know how to cook really well, I'm trying to move away from some of my bad habits and learn the proper technique.”