According to culinary star Alex Guarnaschelli, ICE alum Michael Jenkins entered her restaurant as the “worst intern she ever had.” Ten years later, Michael is running Guarnaschelli’s kitchen as the executive chef at Butter restaurant in New York City. 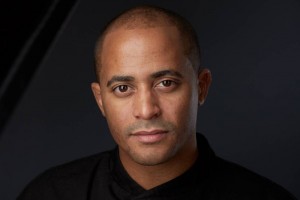 “I remember being young and reading Letters to a Young Chef by Daniel Boulud,” Michael explains. “In it, he says, ‘The first thing you should do in a kitchen is make yourself useful.’ I took that to heart, and I even came into the restaurant on my days off. That extra time was an opportunity to experiment and master techniques through repetition—like making pasta.”

Michael’s sense of dedication and hard work comes from his teenage years as an athlete in Oklahoma. It was making healthy meals for himself that first got him interested in cooking. Then, during college, he read Anthony Bourdain’s Kitchen Confidential and had the chance to meet a few professional chefs. In short order, Michael realized his plan to go to medical school was no longer what he wanted.

After scouting a few different culinary school options, he decided on ICE. “I liked how realistic the program was,” Michael says. “Nine months to graduate was the perfect timeline for me—and then it was straight into the real world with the externship. The school also had a great career advancement program.”

Michael met Chef Alex when she was a teacher at the Institute of Culinary Education. He approached her about an externship opportunity after she subbed for one of his classes. Though she clearly was unimpressed with him at the beginning, Alex soon offered Michael a full-time job, and three years into his time at Butter he was competing—and winning—on Chopped.

“Competing on TV was a revelation. It was as if you studied Spanish for three years, got dropped in the middle of Mexico and suddenly realized you had been fluent in Spanish all along. Working with Alex—three years in the pantry preparing precise appetizers—had trained me so well for competition. In comparison to the other people on the show, I felt that I knew what I was doing.”

Since then, Alex’s connections have helped Michael gain access to chefs others might only dream of meeting. He recalls being sent to Daniel Boulud’s kitchens to work on an ice cream recipe for one of Alex’s Iron Chef competitions. The young French pastry chef who helped Michael refine the recipe would later turn into a legend in his own right—the creator of the cronut, Dominique Ansel.

Despite his frontline access to the world of cooking for television, Michael says he’s much happier in restaurant kitchens. “Working in television is a lot of hurry up and wait. I like the constant pace of restaurant kitchens—and I have a ton of creative freedom after spending so many years earning Alex’s trust.” In fact, if there’s one piece of advice to draw from Michael’s story, it’s the benefit of making the most of each opportunity, rather than jumping from kitchen to kitchen.

“I don’t respect people who move around too much,” Michael notes. “I simply can’t imagine staying any place for less than one year—there’s just too much to learn. That’s why I love working with ICE students in particular—they tend to arrive in the kitchen with a sense of what they know, but also what they don’t know. We’ve hired a number of ICE alumni because of that attitude.”

Eager to follow in Michael’s footsteps?Click here for free information about our Culinary Arts program.