Cookbook author is a path that many culinary school graduates have pursued, often alongside primary work as a chef, caterer or recipe developer. Dozens of cookbooks are credited to those who sought their culinary, pastry or management education at ICE, from celebrity chefs to independent restaurant owners, covering culinary topics from modernist cuisine to chocolate.

Cookbooks can bring new ideas after a season of cooking at home during the pandemic and make great holiday gifts for anyone: those with culinary credibility looking to learn new ideas or expand their repertoire or even those who just love to gawk at alluring food photos. One way to “buy local” this season is to consider keeping it in the ICE community, with any of these cookbooks recently published by ICE alumni. 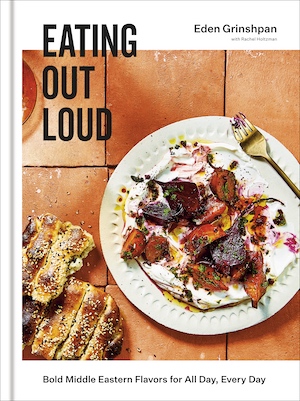 Eating Out Loud: Bold Middle Eastern Flavors for All Day, Every Day by Eden Grinshpan (Management, ‘08)

When Bobby Flay describes someone’s food as having “giant flavors” — as is the case with Eden Grinshpan’s Eating Out Loud — you know you’ve found an aptly titled cookbook. Eden’s culinary journey began at Le Cordon Bleu in London and continued at ICE for Restaurant & Culinary Management before she introduced her Middle Eastern style with DEZ, a former fast-casual concept in Nolita. "Eating Out Loud" is the first cookbook from the host of "Top Chef Canada" and star of "Eden Eats" on Cooking Channel. In it, she shares her passion for vibrant “food for real life” — evidenced by chapter headings such as Eggs All Day and Handheld Meals — designed by taking a small selection of simple, traditional ingredients and applying a mix and match approach. Tahini features prominently, which Eden describes as her “mate for life.” "Eating Out Loud" not only depicts the bold flavors and colors of her Israeli-influenced dishes, such as Sesame Challah Monkey Bread, Very Green Shakshuka and Lamb Flatbread with Pomegranate and Mint, but also the notion that meals should be a communal experience full of passionate expression. 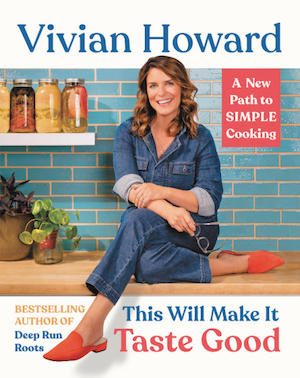 This Will Make it Taste Good: A New Path to Simple Cooking by Vivian Howard (Culinary, ‘03)

Vivian Howard’s first cookbook and memoir, "Deep Run Roots," is a celebration of the food of her native eastern North Carolina, and received numerous accolades, making more than 18 best-of-the-year lists by national publications. To follow up, she goes from regionally specific to broad-as-can-be. In "This Will Make it Taste Good," Vivian dares to change the way people think about home cooking by introducing the concept of “flavor heroes”: 10 simple recipes designed to function in other recipes for knockout flavor and texture (kind of like mother sauces but for home cooks). Such recipes include things like a briny green sauce and deeply caramelized onions which go on to add pizzazz to everyday dishes such as nachos and steaks. That she gives her hero recipes names such as Little Green Dress and R-Rated Onions and her chapters titles like In Pursuit of Decadence and Snacktastic, gives you an idea of the personality in her approach. If you need further evidence, consider that she poses in the cookbook dressed as Rosie the Riveter while bearing a jar of homemade sauerkraut. Yes, you CAN do it! Available on Oct. 20. 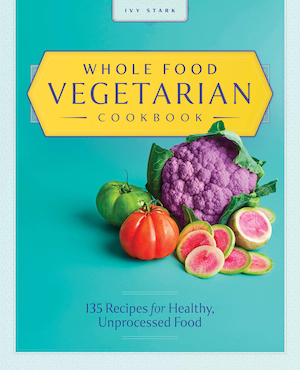 Chef Ivy Stark made her mark on the culinary world in Mexican and Mediterranean restaurants, but her real passion is plants. In her "Whole Food Vegetarian Cookbook," Ivy leads off with a discussion of what plant-forward, whole-food cooking means and how it isn’t only intended for vegetarians and vegans. Her goal with the book is to help people in “making intelligent and thoughtful choices for eating nutritious food without feeling like you’re on a ‘diet.’” This approach applies whether you identify as vegetarian, flexitarian, pescatarian or have never given thought to identifying your particular food lifestyle, and yes, even if you’re an avid meat eater. She acknowledges a recent and growing movement of chefs making beautiful dishes — not just side dishes — designed around a vegetable superstar without needing to include an animal protein. (Consequently, both the cookbooks profiled above have chapters dedicated to exactly that.) The 135 recipes offered in the book, categorized into every imaginable meal or function, include highlights such as Grilled Mushroom Cheesesteaks, Calabacitas Tacos and Vegan Green Risotto with Broccoli.

Why should we eat whole foods?

The Quarantine Collective Cookbook is equal parts practical manual, for everyone who found themselves with a newfound passion for home cooking out of necessity this year, and fundraiser, for the James Beard Foundation’s Open For Good initiative to help bolster independent restaurants during this challenging time. Anthony and Katie curated a collection of recipes, along with instructional appendices, from industry experts on basic food categories: eggs, fruit & veg, pasta, meat, dessert and cocktails. The resulting manual, designed to “Empower Home Cooks with all the Tips, Tricks, and Tools to Take Charge in the Kitchen,” offers a rich amalgamation of ideas from restaurant chefs, TV cooking hosts and food stylists (even including a foreword by Al Roker!). For a donation of any amount to Open For Good, the cookbook is available for digital download.

Read more about alumni in food media, and gain the foundational training for recipe development and writing in ICE's career programs.