In 1975, fresh out of college, Chef David Waltuck landed his first cooking gig at Empire Diner, the legendary late-night haunt in the Chelsea neighborhood of Manhattan. The young grad had recently decided not to pursue a career in biological oceanography, his college major. Little did he know that this opportunity at a diner would lead to a celebrated culinary career that would span four decades, earn him two James Beard Awards, multiple glowing New York Times reviews, two acclaimed books and, his latest venture, a role as director of culinary affairs at ICE. 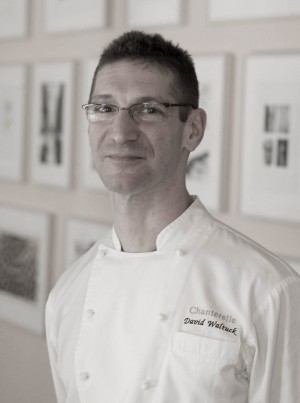 Growing up in the Bronx, no one in Chef David’s family worked in the restaurant industry. In fact, as he explained, “Food in my home was not a big deal.”

For Chef David, however, a passion for food and restaurants was innate. “My parents loved to go to the theater or concerts,” he recalled, “and when I was old enough, I got invited to come along. It pretty much always involved dinner at a restaurant beforehand—and that was much more compelling to me than the theater or a concert.”

He continued, “It was exciting! You got to try new things, order whatever you wanted; there was a certain level of care and theater about the whole experience.” Chef David’s first gig at Empire Diner was a defining period.

Not infrequently, the restaurant chef left him, still an untrained cook, in charge of the kitchen. As he explained, “I was there, and stuff would arrive, and I would have to figure out what to do with it.” What’s more, the owners created an ambitious, prix fixe menu—not the typical greasy spoon fare. Thrown into the heat of the kitchen, something clicked, and he managed to thrive. “I liked the atmosphere: the team spirit, the hands-on aspect…that you got to start over every day.” 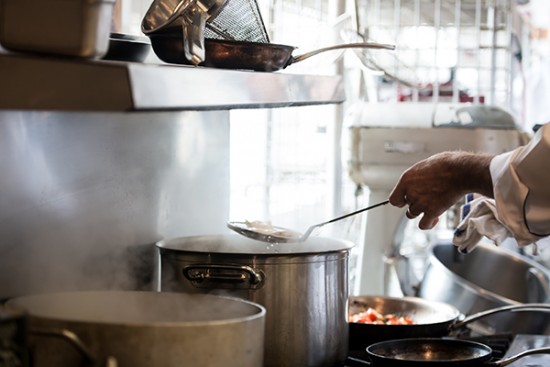 After his time at Empire Diner, Chef David decided to enroll in a formal culinary training program. It was in school that he developed the fundamental culinary techniques essential to building his career. It was also during this period that he landed an externship in the kitchen of Tavern on the Green.

With both formal training and real world experience under his belt, Chef David decided to take a position as sous chef at La Petite Ferme, an Upper East Side restaurant that was a favorite with the fashion set (Jacqueline Kennedy Onassis was a regular). Within a couple of years, he was ready to venture out on his own. He and his wife Karen opened the doors of Chanterelle, a restaurant that would introduce a new kind of fine dining—French and New American cuisine—to downtown Manhattan. As Chef David describes it, the cuisine was “French food, filtered through my aesthetic”—that is, the aesthetic of an American man. At Chanterelle, the Waltucks enjoyed 30 years as the proprietors of a critically acclaimed restaurant.

Under his leadership in the kitchen, the restaurant received two James Beard Awards, including Best Chef NYC in 2007 and Best Restaurant in America in 2004, plus another 10 James Beard Award nominations and two four-star reviews from the New York Times in 1987 and 1993. During this epoch, Chef David also authored two books: Staff Meals at Chanterelle and Chanterelle: The Story and Recipes of a Restaurant Classic, which won an IACP Award for Best Cookbook: Chefs and Restaurants in 2009.

After three decades of celebrated success, and much to the chagrin of New York City diners, Chanterelle closed its doors in 2009. Chef David went on to explore various culinary opportunities. He became executive chef for Ark Restaurants and opened another restaurant, élan, which was awarded two stars by the New York Times. Asked about his decision to open a second restaurant, Chef David explained, “I missed the restaurant world. It didn’t make sense to a lot of people, but I missed it.” In particular, Chef David missed the team-like nature of the work. “Even when it’s not good, you’re not in it alone.” 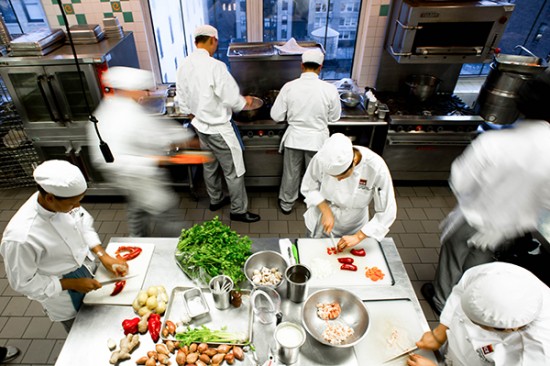 Chef David’s love for the kitchen and guiding other chefs may be part of what led him to his latest position as director of culinary affairs at ICE. As he explained, “It’s a beautiful facility and the people are dedicated and caring. I wanted to be back among motivated people who are interested in food and cooking.” The team at ICE couldn’t be more excited to welcome Chef David, who will be sharing his insight and years of experience with a new generation of aspiring culinary professionals.